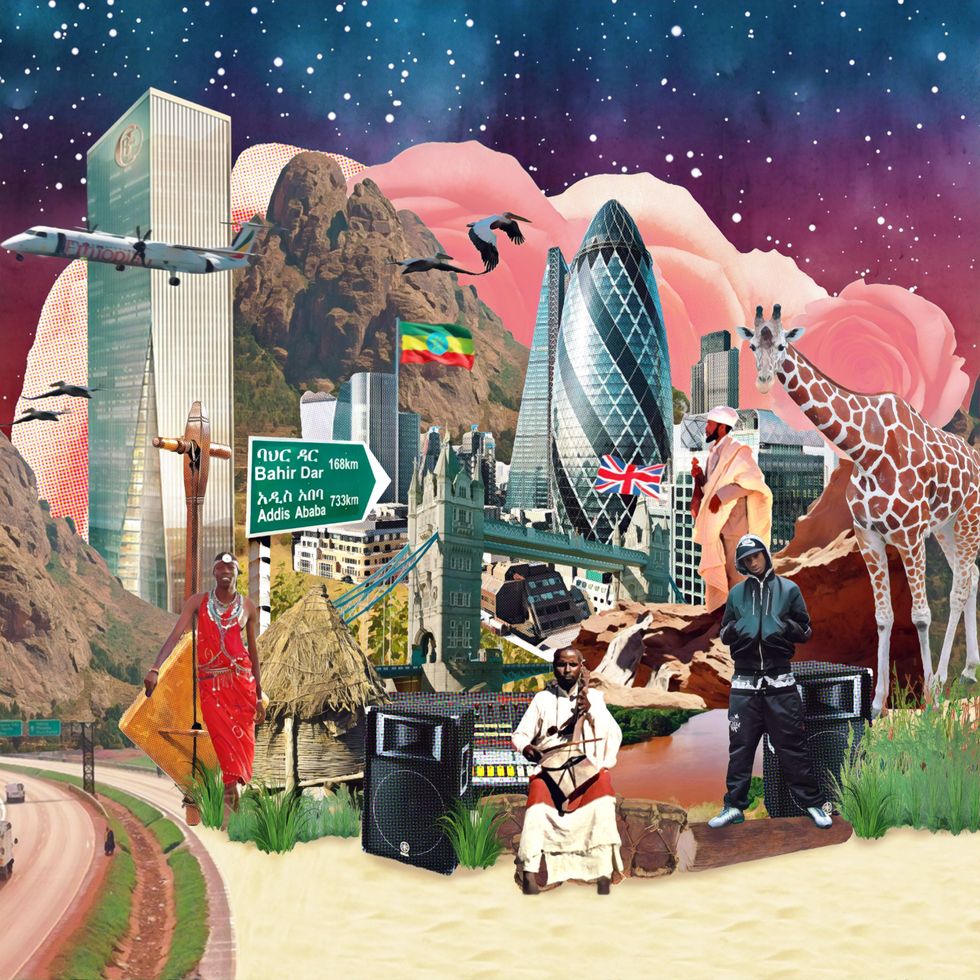 A new 18-track release from No Hats No Hoods Records.

London To Addisfollows various grime producers as they take cues from the instrumentation, time signatures, and musical scales of Ethiopian music.

The project started out in Addis Ababa, where No Hats No Hoods label co-founder Peter Todd (DJ Magic) spent a week recording traditional Ethiopian instruments like the krar, washint, masenqo and drums.

He then sent those raw recordings to an array of grime produces—the likes of Dexplicit, Ignorants, J Beatz and TC4, JT The Goon, Wize, Shudan, Proc Fiskal and Captain Over—for them to make into their own tracks.

"The inspiration for the project came when we visited Ethiopia in 2016 to shoot the video for Elf Kid's "Reload That" video," Peter Todd tells OkayAfrica via e-mail. " While we were there we met up with local producers and musicians but didn't get chance to work with them properly."

"We were lucky enough to be awarded a new Arts new Audiences Grant from the British Council which helped fund the project. Lots of UK Black music, including Grime, draws heavily from West Africa and Jamaica, so it was a nice challenge to use Ethiopian instruments and explore a small part of their music scene," he continues.

"I found it inspiring to riff on the Ethiopian sounds; it allowed me to navigate a refreshing unexplored space," mentions producer Shudan. "I spend a lot of time thinking about how we can push the sound of Grime and bring something new to the table, instead of returning to the old sounds. I think we can move forwards by combining new concepts and ideas like this project."

Get into London To Addis below and stream it here on all platforms.