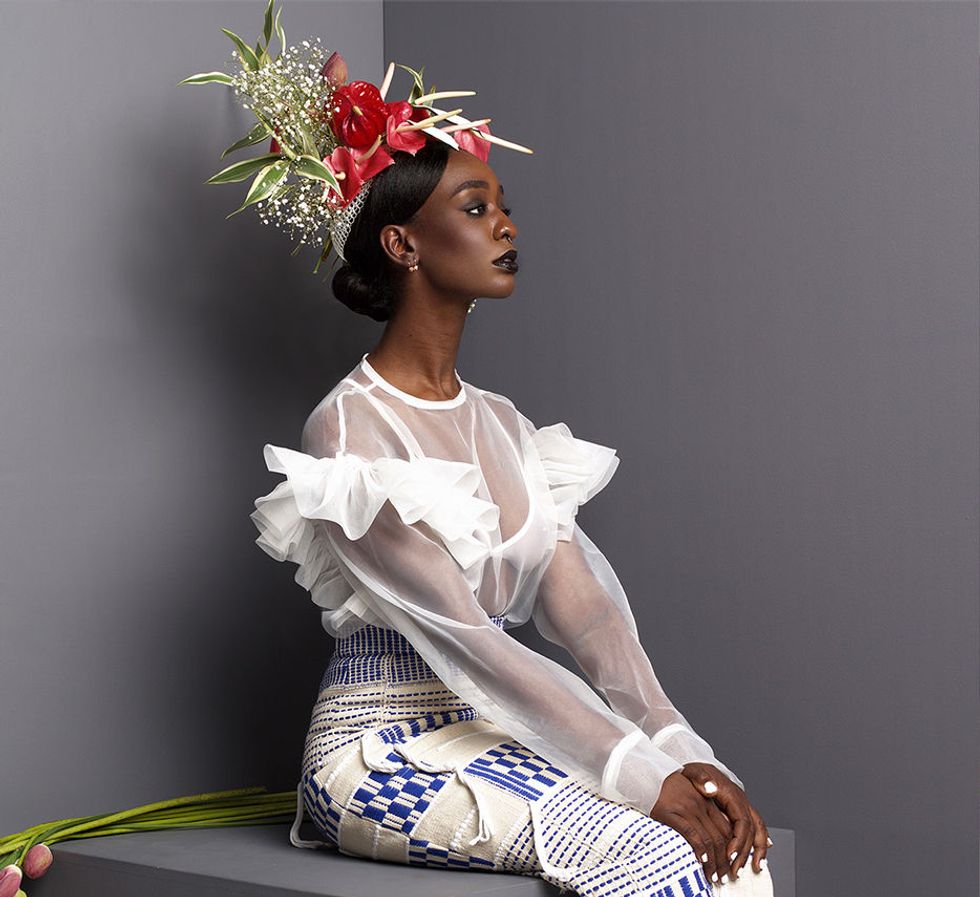 Loza Maléombho describes herself as “multicultured and polyvalent" on Instagram, where she regularly posts stunning images, including her selfie series—#AlienEdits.

In an interview with Africa Is A Country, she says, “'Alien Edits' are socially conscious selfies expressed through style, pride, grace, and cultural awareness and against racial, class, cultural, religious and sexuality stereotypes, all of which cause a state of alienation on its victims...'Alien Edits' became a way to respond to current events, celebrate cultural diversities and traditions, and communicate with people of my generation."

The striking images feature the designer in various get-ups including an owl on her head, and in another image, a sewing machine slanting off of her forehead. The visionary recently created a collection paying homage to Queen Pokou and had one of her designs featured in Beyoncé's "Formation" video. In an interview with OkayAfrica, Maléombho explains: “The sample that made it onto the screen is a look from my latest Spring/Summer 2016 collection. That collection was inspired by Djela Lou Zaouli, a Guro Princess from the Northern region of Côte d'Ivoire, who is nowadays celebrated through a traditional mask dance.

While the brand was established in New York in 2009, Maléombho moved her self-named fashion business to Côte d'Ivoire in 2012. She began designing at 13 years old and later pursued a degree in fine arts in Animation from the University of the Arts of Philadelphia.

As Maléombho notes on her designs via her website: “The sil­houettes celebrate the paradox of the old and the new, cultural and futuristic, but more specifically, the synergies, the contradictions and similarities between Ivorian tribal aesthetics and New York's urban fashion."