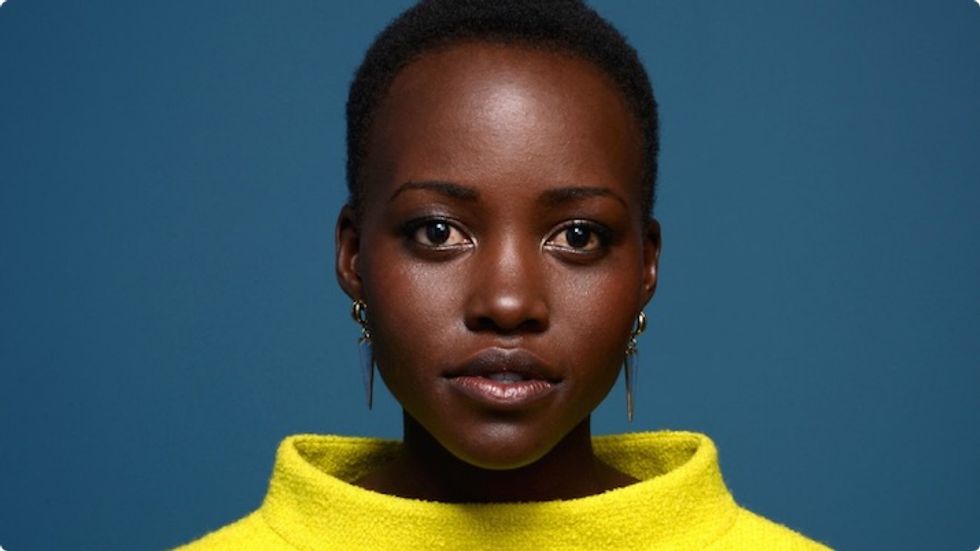 Lupita Nyong’o will be making her New York stage debut later this year in the Public Theater's production of Zimbabwean-American playwright/actress Danai Gurira's Liberian war drama Eclipsed. The Off Broadway production will be directed by the South African born Liesl Tommy (Appropriate and The Public Theater’s The Good Negro).

Set in 1993 during the country's first civil war, the play centers around a group of four women being held captive by a rebel officer. "Amid the chaos of the Liberian Civil War, the captive wives of a rebel officer band together to form a fragile community – until the balance of their lives is upset by the arrival of a new girl," reads a description on the Public Theater's website. "Drawing on reserves of wit and compassion, ECLIPSED reveals distinct women who must discover their own means of survival in this deeply felt portrait of women finding and testing their own strength in a hostile world of horrors not of their own making," the Theater's description continues. According to Broadway.com, Nyong'o will star as "The Girl."

"A feminist reading of the Liberian Civil War, a war that was ended by women, Eclipsed is both heart-breaking and profoundly life-affirming. We are delighted to welcome the extraordinary Lupita Nyong’o to The Public in this vitally important play," artistic director Oskar Eustis said in a press statement, according to Playbill.

Eclipsed will begin previews on September 29th, with an opening night scheduled for October 14th. A limited engagement, the play will run through November 8th. Find out more details via the Public Theater.

Exciting news: I am getting back to the STAGE! This Fall, catch me at The Public Theater for my New York debut in Danai Gurira's play, ECLIPSED, directed by Liesl Tommy. SEPT 29TH to NOV 8TH. More info: http://goo.gl/FQ5N3L #nobusinesslikeshowbusiness #theheartofthematter @liesltommy @danaijekesaigurira @publictheaterny