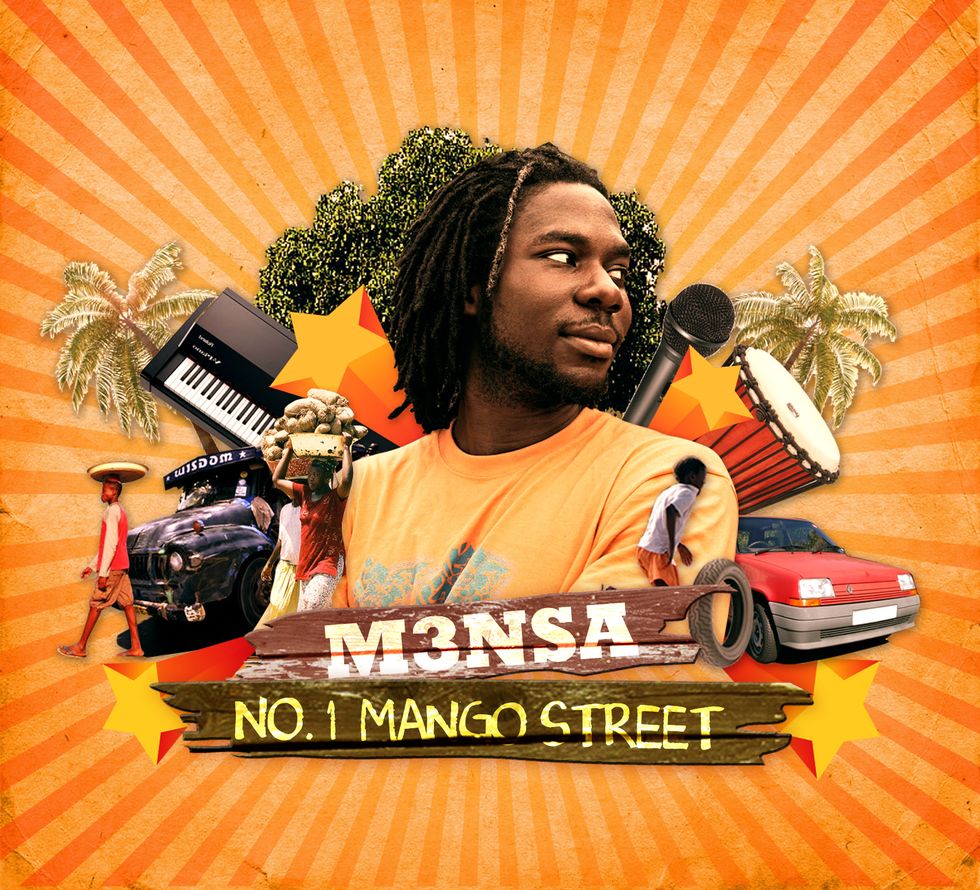 Named among the top 50 Ghanaians to watch by BBC, M3NSA will release his first international album on October 2nd. Having performed with other OKA favorites such as Wanlov Kubolor and DJ Richy Pitch, M3NSA's No. 1 Mango Street is highly anticipated by hip hop heads worldwide. Fusing nu-jazz, soul, hip hop, and afrobeat, M3NSA reflects upon growing up in Accra, saying; “I talk about going back to pick up from where I left things at, and where everything started. It's about acknowledging exactly where I come from and bringing all those experiences with me.”  M3NSA, who raps in English with bits of Twi and Pidgen mixed in, also, in collaboration with Wanlov, helped conceptualize and performed in the hilarious Coz Ov Moni(known as the world’s first Pidgin musical) and produced most of its soundtrack.  Watch the video for "Adjuma" off the album (above), and check the album art after the jump (below).  Look for No. 1 Mango Street at the top of next month.