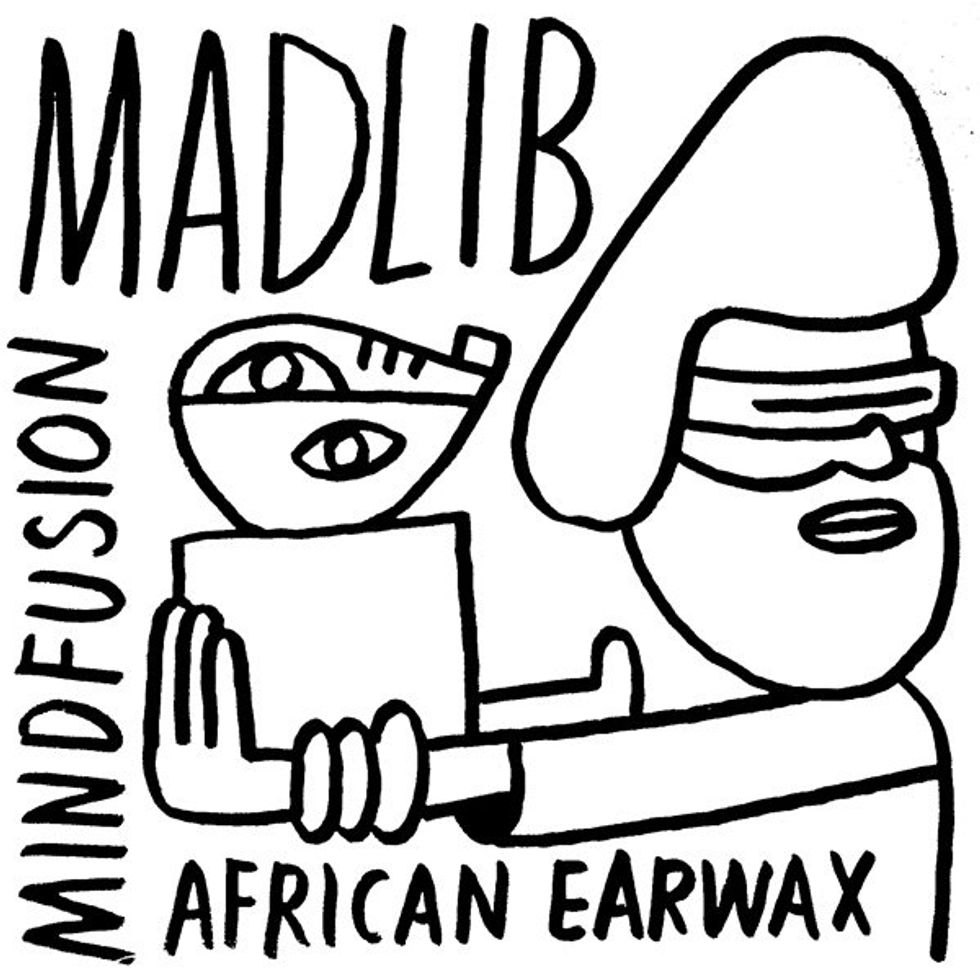 Beatmaking master Madlib drops the psychedelic Mind Fusion: African Earwax mixtape for your summer jam desires, a rare mélange of dream pop and soulful instrumentals sliced with funky African rhythms. The producer's been known to look to Africa for an eclectic vision of new wave grooves to influence his repertoire and this jazz-infused mixtape adds yet another notch to his all-encompassing belt. Last week, the multifaceted artist released 30 exclusive copies of the sixth Mind Fusion installment, each with unique hand-drawn cover art by Jason Jagel, at the Doomsday Show at Rappcats in Los Angeles. Unfortunately, the CDs quickly sold out but luckily The Beat Konducta has graced us with the hour-long project to stream in full on his new mixcloud page. AfricanEarwax is the latest from his Mind Fusion mixtape series, which features five records ranging from Hip Hop Remixes, Nas Vs. Jay Z to Dirty Crates From Around The World. Stream Madlib's Mind Fusion: African Earwax below and read more about it on Okayplayer.