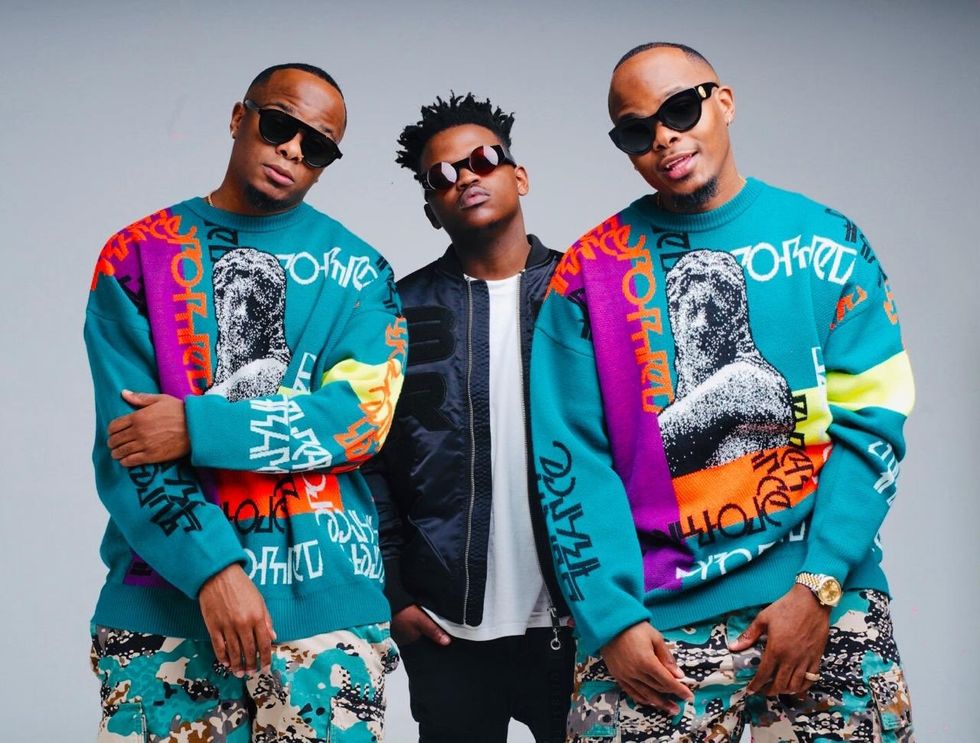 The EP features Cassper Nyovest, Makwa and GobiBeast, among others.

South African twin-DJ duo Major League DJz just unleashed a new six-track EP alongside Focalistic titled Ase Trap Ke Pina Tsa Ko Kasi. The title loosely translates to "It's not trap, it's songs from the hood." Trap isn't necessarily associated with the hood in South Africa. But amapiano, the incumbent house subgenre in South Africa, which dominates the EP, was started in the townships of Pretoria.

The artists featured on most of the songs add personality to the project. Most of the vocals reference kwaito, with artists such as Cassper Nyovest, Makwa, GobiBeast, The Lowkeys and a few others delivering their vocals old school kwaito style—the lines are catchy, repetitive and sparse. You will even pick up a reference to legendary kwaito trio TKZee's classic "Shibobo" on the song "BaeBar."

Ase Trap Ke Pina Tsa Ko Kasi lists as an executive producer Focalistic, the young artists and producer working closely with the DJ duo. His EP 18 Area, which came out in May, merged elements of trap and amapiano.

Major League DJz are primarily known as a hip-hop duo, but they have always had a fondness for kwaito and house—remember singles of theirs such as "Bizness" and "Slyza Tsotsi."

Amapiano has slowly crept into hip-hop. Cassper Nyovest worked with DJ Sumbody on his hit single "Remote Control," which appears on his 2018 album Sweet and Short. And artists such as Focalistic and 25K have rapped over amapiano beats.