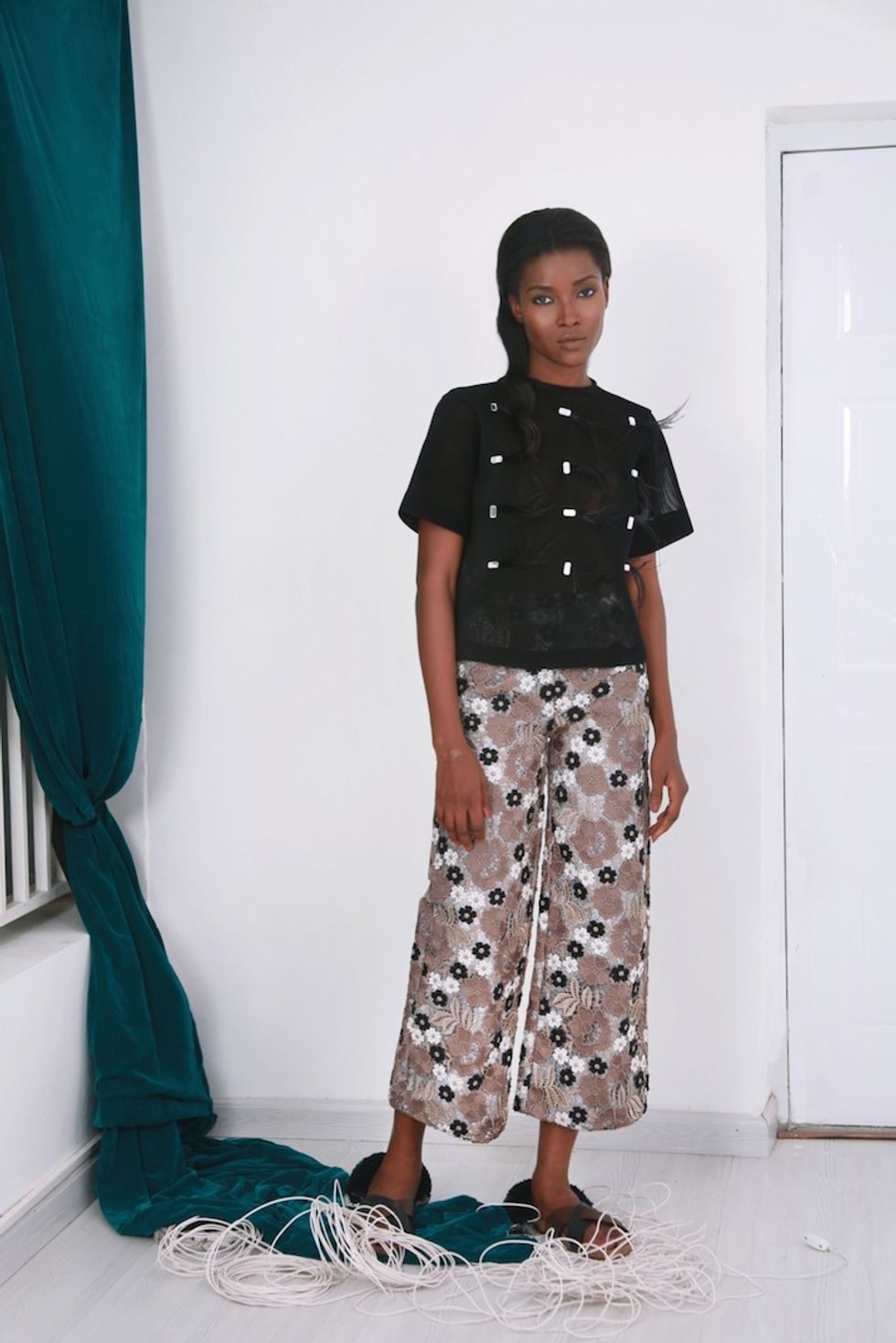 The two words that Amaka Osakwe uses to describe her newest Fall collection for Maki Oh sound like they were pulled from an Apples to Apples game: mermaids and appropriation. Given some context, though, the Nigerian fashion designer’s explanation of what inspired her work showcases a rather thoughtful sensibility for a clothing line that is as aesthetically pleasing as it is conceptually relevant.

In a recent interview with Style.com, Osakwe spoke at length about the two concepts that fuel the Maki Oh collection for the upcoming season. “Mermaid” is actually a nod to the water spirit Mami Wata, a staple figure in West African folklore. The legends behind Mami Wata’s genesis are as broad as the cultural regions that celebrate her, which include Haiti, Brazil, and the Dominican Republic. The underlying theme for the spiritual idol, though, is that she commands attention and can bring people unimaginable fortune or life-crushing despair at will. Osakwe describes her as the “keeper of virgins and goddess of the river.” The color scheme alone evokes an organic mood: textured taupes and smooth camels play with black as a canvas, and are complemented by middle-of-the-ocean blues, forest greens, and gentle rose hues.

These themes of physical fluidity and femininity are evident in the Maki Oh line. The degree of control over the display of womanhood is evident; from a high slit on a pencil skirt, to an exposed decolletage on a jumpsuit, to a pronounced waistline on a sheath dress, Maki Oh’s clothes embody a woman both proud of and in complete control of her sexuality.

Equally evident is Osakwe’s playfulness, especially when it comes to experimentation. Layers of fabric that contrast in color and texture are abundant throughout the collection. Pleated fabric explodes from the sleeve of a camel dress with what feels like abandon; the movement is as fluid and organic as the ocean that has inspired the collection.

As for the idea of appropriation, rather than expound on the myriad ways in which white Western culture borrows without attribution from those in the global south, the Maki Oh line acknowledges the international synthesis involved in African textile production. As the Style.com profile on the designer notes, the transnational allure of Mami Wata “got Osakwe thinking about other ways that Africans have appropriated stuff from abroad—for instance, the bright printed cloth that's a totem of African fashion, which Osakwe said was developed in Holland and, these days, is often produced in China and thereabouts.”

Maki Oh is one of many African clothing lines capturing hearts and piquing interest in the West. Check out her artfully done Lagos-shot Fashion Week video below.