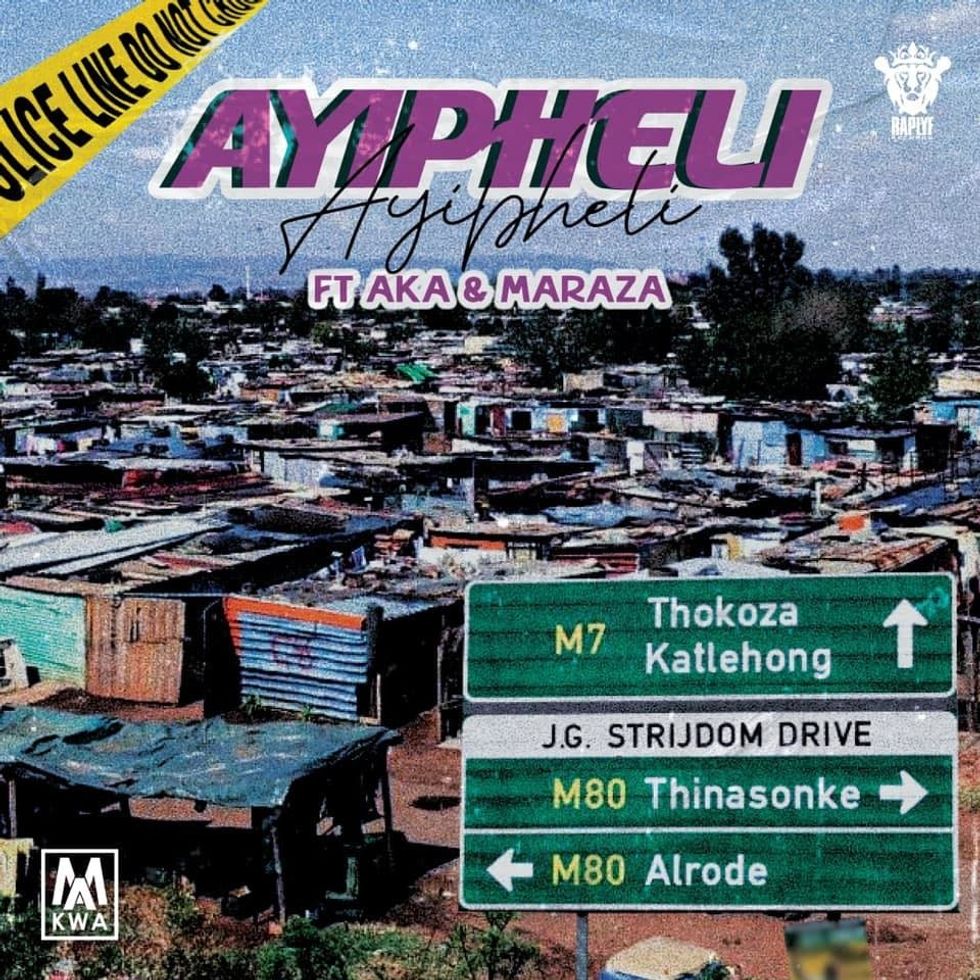 Makwa has been teasing his collaboration with AKA and MarazA in the last few weeks. AKA shared a snippet of the song earlier this week, getting fans even more excited for the release.

"Ayipheli" is built on a woozy kwaito-inspired instrumental, and sees MarazA, AKA and Makwa drop verses that are sung and rapped. "Ayipheli" could make a good soundtrack for summer and could score Makwa yet another hit after his recent single "All Go," which also features MarazA.

This year, Makwa has been stepping away from just being known as a producer who crafts hits for Kwesta. The artist and producer hasn't only been carrying on his great streak as the go-to hook artist for a number of artists, but has been releasing solo songs.

AKA has been quiet this year, as he has been spending most of his time in studio working on his fourth studio album. Apart from a few snippets he's been sharing on his Instagram, what we know about the album is that it will feature a number of artists, especially from the new wave.

MarazA has also been busy working on a joint project with M2Kan3. The project's lead single "Neww Neww" was released a few months ago, and promises for a great project.