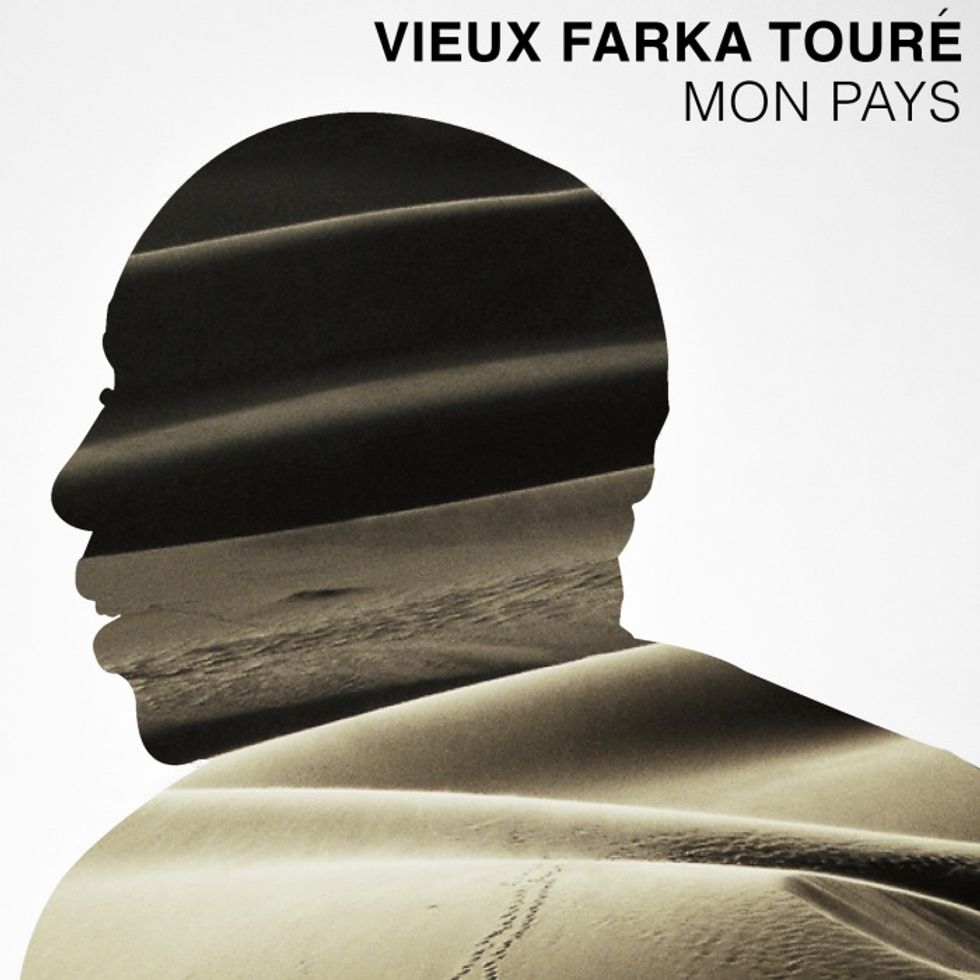 Mon Pays, the latest album from Vieux Farka Touré, transports listeners to the headlines of the richest days in Mali's history. In the face of extremists out to obliterate all that is beautiful in the country, Mon Pays is a hopeful source of peaceful prospects. Opening track "Diack So" marks the beginning of a journey into a land of plenty. Tranquil yet weighty, every note on Mon Pays is delivered with the importance of a voice, guitar and music that could guide a silenced people. Okayafrica received inspiring answers from Vieux on the past and future of Malian pride. Mon Pays is available now via Six Degrees.

Okayafrica: At the heart of Mon Pays is a tribute to the beauty of Mali and a reminder of your nation’s rich musical tradition. How has music helped shaped identity in your homeland?

Vieux Farka Touré: Music is life in Mali. There is no difference. It's like this. This is why when they banned music in the North it was like they had killed all of us. But now, thank God, we have our lives back. Everyone in Mali is very proud of our music. We have the best music tradition in the world in my opinion. Some countries have oil, some have uranium, some have great athletes. For us it is music.

OKA: Do you see the role of music in Malian society as having changed between today’s conflict and the period in which your father was first making a name for the music of Mali?

VFT: That is a tough question. I would say that the role of music in Mali has been the same from my father's time to my time. It is at the center of everything we do and it has been this way for centuries. Mali is a culture that can bend and not break. There are many things from the ancient past that are still very important in our culture. Music is a big example of this.

OKA: Do you think music can help heal the nation?

VFT: Yes. Music is a very important part of repairing the damage to our country. This is a difficult time in the politics of the country so it is important to pay attention to things that everyone can enjoy and everyone can feel good about. Music is always the best way to unite people in Mali, and at this time we need to unite.

OKA: What should the role of musicians be in opposing the extremists?

VFT: We must continue to do our work because it is an example of the freedom that we love in Mali. We must tell the truth to the people of our country and speak about the evils. In Mali, people look to musicians for guidance. We are like journalists giving the news to our people. So we have a very important responsibility in this fight against the terrorists.

OKA: Political/social upheaval has often coincided with a rich musical reaction. Have you found inspiration in other musical opposition movements on the African continent?

VFT: I love the music of Fela Kuti. For me he is the best example of a musical opposition movement. He showed everyone in Africa that you can challenge the powers with your music and you can succeed. You just have to say what you are thinking and not be afraid of the reaction.

Mon Pays is out now via Six Degrees Records. Grab a copy of a free track, "Allah Wawi," here. Vieux recently collaborated with Idan Raichel on this track from the latest Idan album. Catch Viuex on his North American tour, dates below.

June 14th - Outside at the Research Park, Champaign, IL