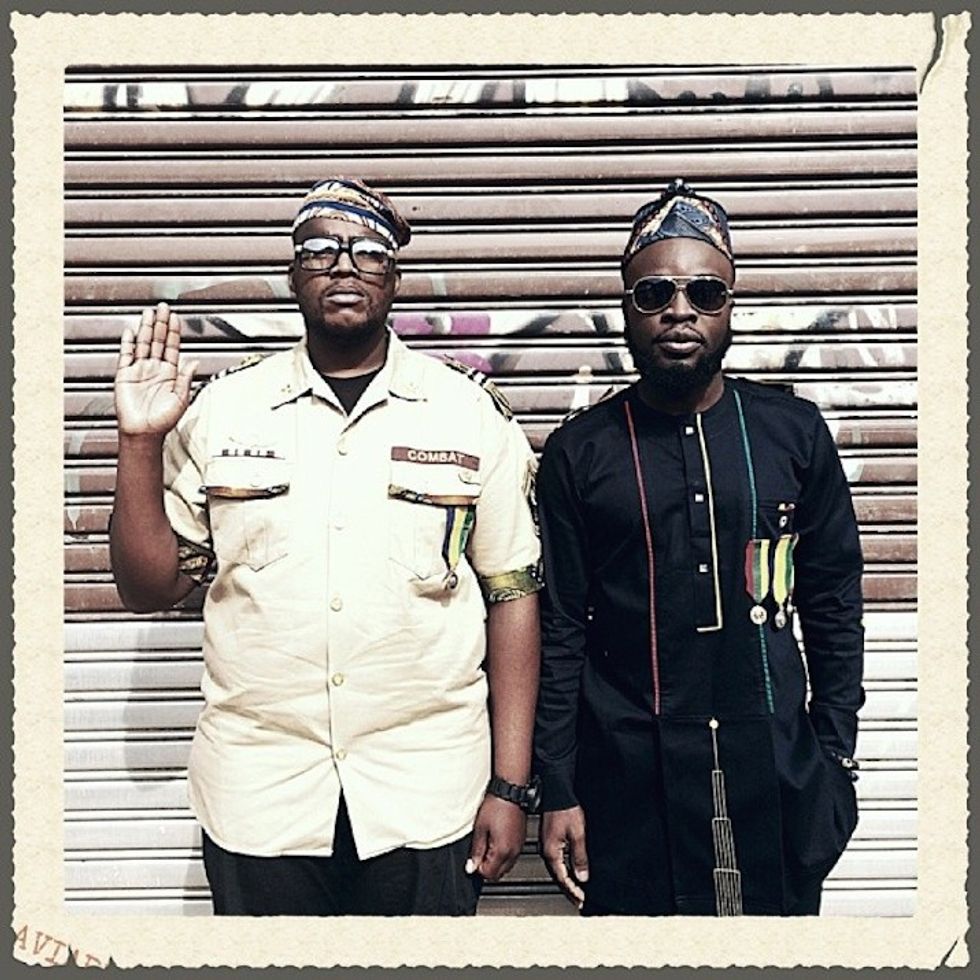 South meets West in the video for "Jigah," a certified banger from two of Africa's finest emcees, M.anifest (Ghana) and Hip Hop Pantsula (South Africa). The two rap titans link up on the streets of Johannesburg to deliver their Pan African hip-hop manifesto over a Wes Mapes beat that knocks as hard as their rapid fire rhymes. As M.anifest notes, "Africa's musical borders are shrinking," and the dynamic duo showcase their lyrical dexterity in the monster collab by swapping verses back and forth in English, Setswana and Twi. Motswako king HHP even drives the home point by busting out an azonto move towards the end of the video. We can only hope this track is the first offering from a joint LP from these two sometime in the near future. For now, watch the visuals for "Jigah" below and peep a behind-the-scenes look at the making of the video here.

Update: M.anifest will be joining Blur/Gorillaz mastermind Damon Albarn on his European tour. See all the dates below!