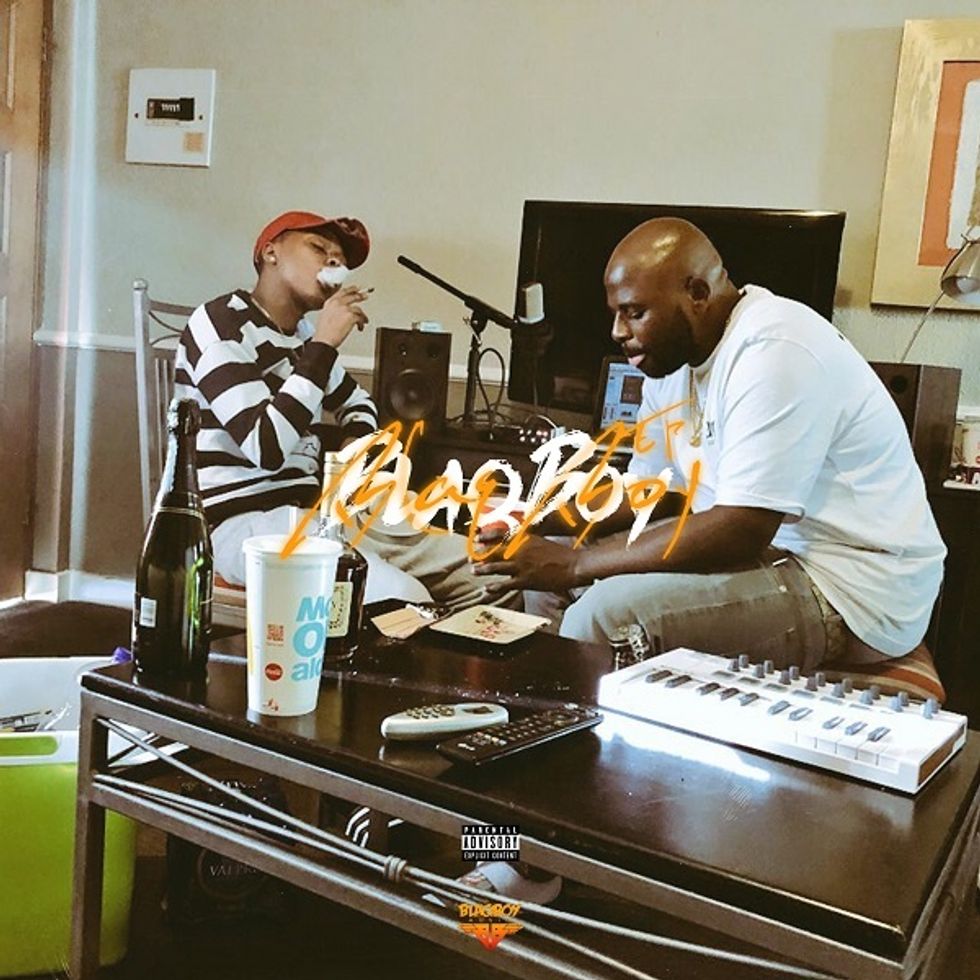 The opening song "Walk ye Phara" is a posse track featuring DJ Raybel, K.O., Moonchild Sanelly and ZuluMakhathini. It's straight gqom, something reminiscent of Maphorisa's smash hit from last year, "Midnight Starring." Moonchild does her thing with a sexually charged verse, as usual. But it's K.O. who steals the show. He sounds at home over a gqom instrumental, which is unfamiliar territory for the rapper. But, for a rapper with one of the most solid flows in SA hip-hop, it's not an unexpected feat.

"Walk ye Phara" will be the last dance song on BlaqBoyMusic until the closing song "Dali," which features Lerato Kganyago and KayLow. It's a cute, heart melting, lovey-dovey track that is both calming and bouncy.

The rest of the project is mostly trap—the bass knocks and the 808s rattle. All songs are curated collaborations, consisting of artist combinations that you wouldn't get anywhere else but here.

Wichi 1080, who you should know as Priddy Ugly's producer, appears on two songs. And both songs that he is featured on bear his signature eardrum-wracking bass line. The producer is also forging his lane as an artist, with an upcoming project in the works.

"She Needs It" is a family gathering as A-Reece brings out his goons from the collective he's part of, The Wrecking Crew.

Every featured artist brings it, but it's Lucasraps who dominates and steals the show with most of his verses. For example, on "Amo," he kills that triple time flow, which is so prevalent in hip-hop it's the standard. But that doesn't mean all rappers excel at it the same.

But this gathering is for more than just rappers and house artists. The singer Bontle Smith, on "Money Calling," provides laidback R&B vocals over cloud trap production.

BlaqBoyMusic is a great gift for a fan of new school rap, with a few diversions that you'll either bump over and over again or skip for your preferred sound. It's a great listen that brings you collaborations you otherwise wouldn't have had for a long time to come.