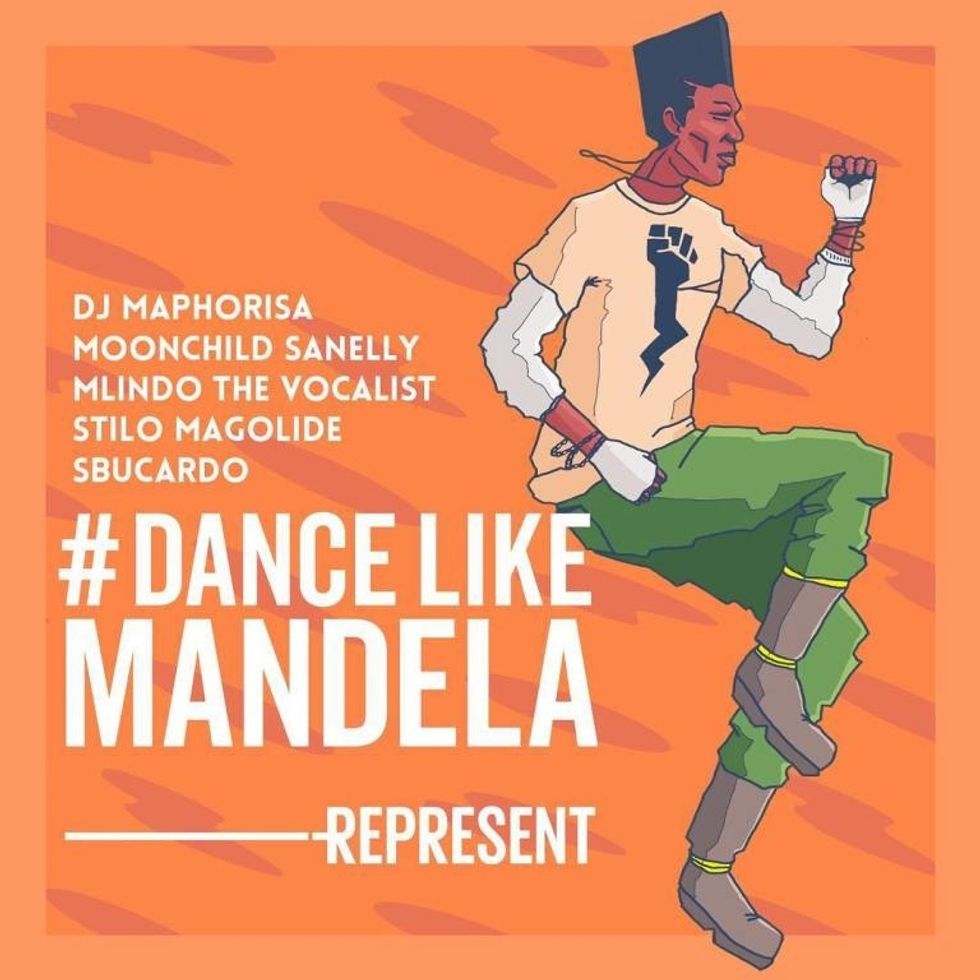 To celebrate the occasion, South African producer DJ Maphorisa—the man behind many a hit for the likes of Drake, Kwesta, Shekhinah and others—is sharing the new gqom-leaning track "Dance Like Mandela."

Maphorisa called up a strong list of collaborators to help out on this new song for Mandela. Moonchild, who shines on bangers like "Midnight Starring" and "Makhe," adds her vocals to the track. Boyzn Bucks member and rapper Stilo Magolidealso shows up to add his own flavor alongside Mlindo The Vocalist and DJ Sbucardo.

You can also hear snippets of "Madiba Riddim," the track from Drake's More Life sampled in this new one.

Maphorisa writes that he considers Mandela "one of the most important political activists of our time and a symbol of peaceful resistance on behalf of human rights."

"To celebrate his birthday I teamed up with REPRESENT on #DANCELIKEMANDELA—a campaign that wants to inspire young people all over the world to become a catalyst for social change through music and dance," DJ Maphorisa explains. "The track is a tribute to Nelson Mandela... [the] dancer. He was famous for getting up in any setting, whether on the political campaign trail, at the UN, or at a party, with his iconic Madiba Shuffle. He famously stated, 'It is music and dancing that make me at peace with the world.'"

Listen to and download "Dance Like Mandela" below. If you're in NYC, catch DJ Maphorisa at our Mzansi Heat and Naija Beatsconcert at Lincoln Center on August 2 alongside Yemi Alade and DJ Tunez.