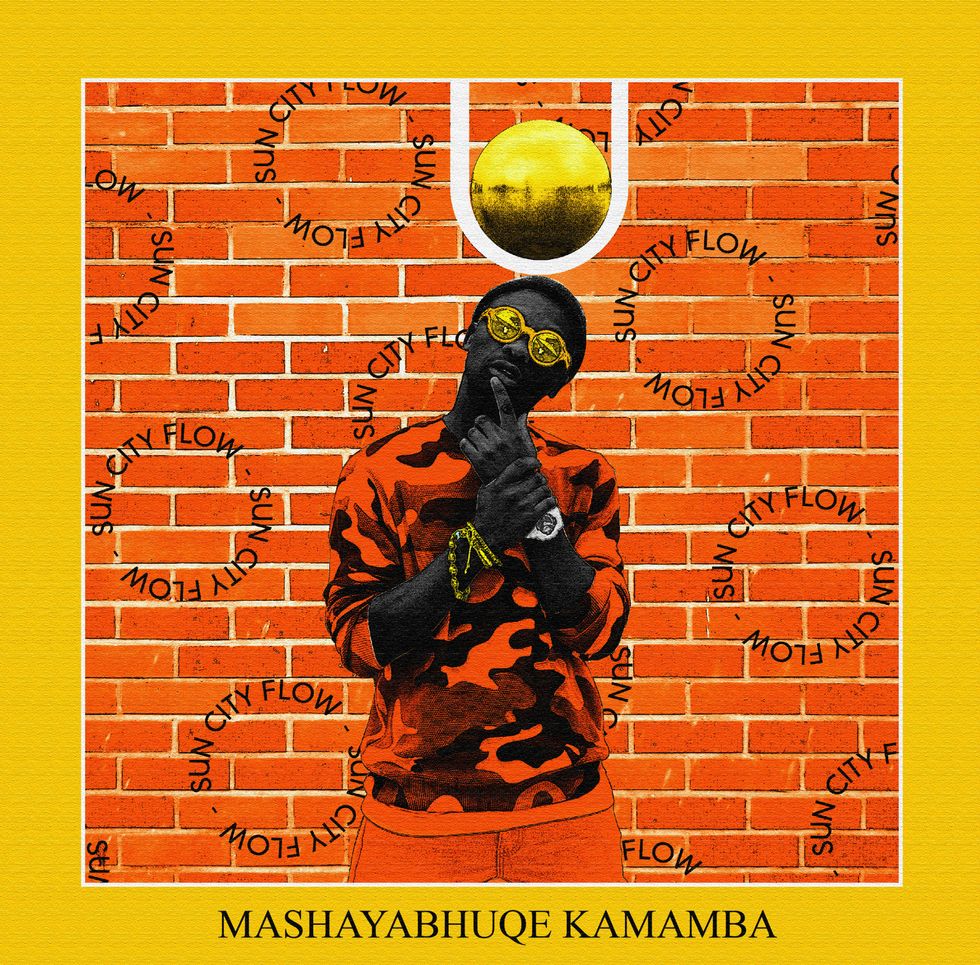 Mashayabhuqe KaMamba returned from a quick stint overseas last month more inspired than ever. “I’m a changed man, completely changed,” the Digital Maskandi singer and producer tells me over email about his trip to Paris to perform at the city’s Afropunk festival. “I learned a lot in Europe. Paris will force you to challenge yourself and explore. I did all of that in a space of a week,” he says.

The Johannesburg-based musician has come a long way since his slept on 2013 debut, The Black Excellence Show EP. At 29, he's well on his way to becoming one of South Africa's most beloved left-of-center stars. Today, he returns with a new song.

"Sun City Flow" might be Mashaya's hardest offering yet. It's produced by 19-year-old Johannesburg-based up-and-comer G-$TAR BEATZ. The two met online. "He started following me on SoundCloud. I decided to check out his page and found a song that caught my attention," explains Mashaya. In a "Wolves"-like move, they're still perfecting the sound. "Until we get that rare 8mix of Sun City Flow with a very futuristic sound," says Mashaya. Don't be surprised if you see him updating the song in the coming weeks and months, in addition to the two mixes he's debuted today.

Conceptually, "Sun City Flow" deserves a closer look. According to Mashaya, it could be read as the soundtrack to a short film. Its protagonist, Zamalek Japan, is a man dissatisfied with how he’s being treated in his own home, persecuted by the mainstream systems for fighting for his art. In this hypothetical short film, the man goes to eMsamo (a sacred place) to ask his ancestors for answers. “It's a story of someone who's got questions about the culture and industry [he finds himself in]."

In an email to Okayafrica, the singer relates the character to the Prince of Newtown, Thembiso Twala. “He’s been fighting for art in Mzansi. He’s been designing accessories using spoons and forks. That’s authentic, but people still pay him no mind. It’s not cool. He’s a legend in my eyes."

For Mashaya, Sun City is a metaphor. “It could be my cousin in jail at the moment and it could also mean we’re just trapped in our minds, failing to help or embrace local talents." Self-love, he adds, is the message behind the song.

"I think I need a Grammy," Mashaya sings on the track. Questioned about the lyric, Mashaya tells me it’s got nothing to do with egotism. “My father told me to say things I wish for myself. I shouldn’t be afraid of saying ‘I will get a Grammy one day’...I don’t believe I need to be at a certain level of my career to start thinking like this.”

Listen to both mixes of “Sun City City” below––one by MarazA and the other by Bonafide Billi. Head to SoundCloud for the full lyrics.