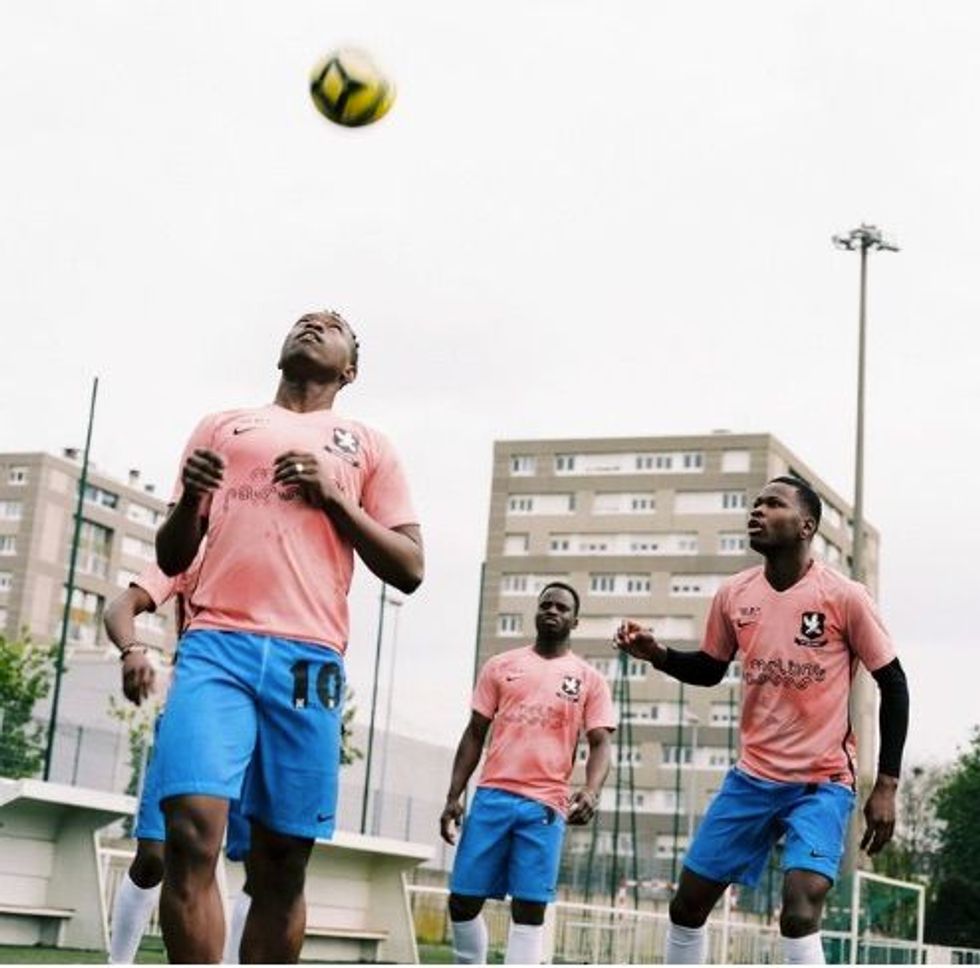 This soccer team made up of West African minors got jerseys designed by Virgil Abloh's Off-White & Nike.

Melting Passes is not your typical soccer squad.

The Paris-based team is made up of young immigrants who've left West Africa in search of a better life in France.

Due to their legal status, these minors often finds themselves isolated and "encounter lengthy and confusing bureaucratic procedures, poverty, and idleness," the team's website mentions.

These young immigrants are also not eligible to join traditional soccer leagues and clubs.

Legal interns Maud Angliviel and Pierre Rosin—who met at an organization that dealt with immigration for isolated youth—formed Melting Passes last year in after seeing so many young people unable to join official soccer teams due to their lack of a proper residency status.

Since then, Melting Passes have created two teams and a weekly training session open to any young person who can't join a league.

The Melting Passes players got a big surprise recently, when they were given new jerseys designed by none-other-than Virgil Abloh, the Kanye West collaborator behind the fashion label Off-White as well as the now-defunct Pyrex Vision.

The whole thing came up by chance, as Angliviel was able to meet Vogue's Anna Wintour briefly through an actor friend and tell her his team's story. Wintour, happened to have a meeting with Abloh right afterwards and well, you can see what happened next.

Abloh, whose parents came to Chicago from Ghana, teamed up with Nike to create Melting Passes' new shirts, which feature a dove holding an olive branch and are in a blue-pink color chosen by the players themselves. Each jersey was spray-painted by hand at his studio in Italy.

“Each is a little different to celebrate differences—because the idea of a uniform is almost too uniform in this case,” Abloh tells Vogue magazine.

“To me, something like this is not about Off-White or what some future idea of a uniform is; it’s not like I’m trying to change the genre of soccer jerseys.” Rather, he likened it to an architectural consideration. “It’s about fulfilling a need. And what I was doing was dialing into questions like, ‘Hey, if I were a kid who felt like I didn’t belong, what would I want on my jersey?’ ”

Check out the new Melting Passes jerseys in the photos above and below, and keep up with the team on Facebook and Twitter.