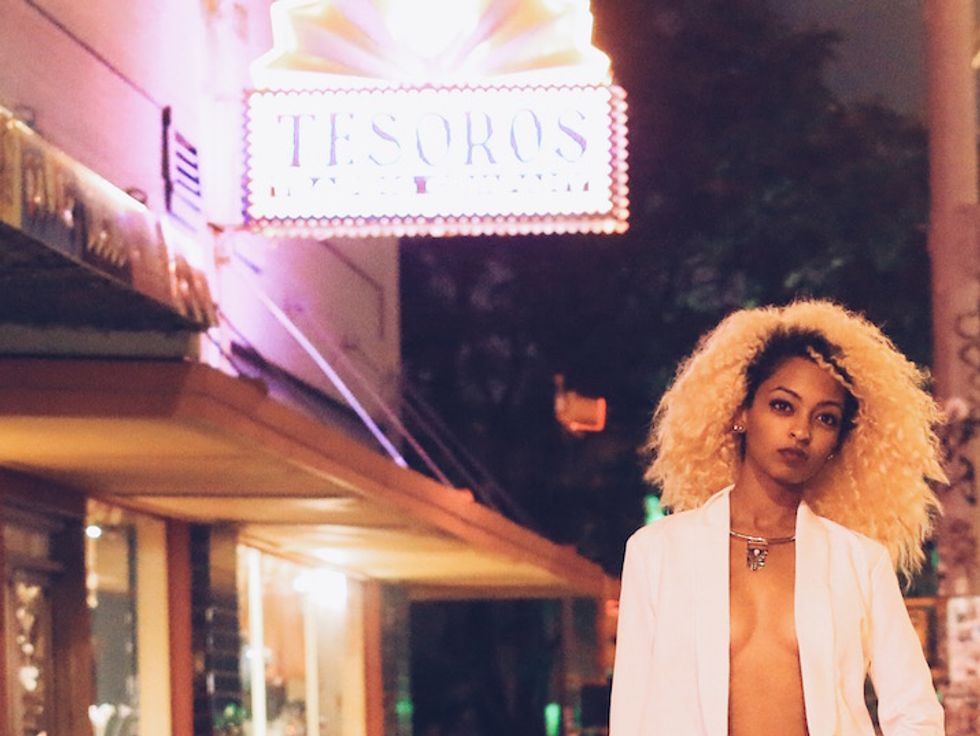 Austin-based Mélat's grainy music video for "Dance Olivia" is inspired by dystopian themes like Big Brother, '1984' and 'The Giver.'

Mélat. Photo courtesy of the artist.

“Live in fear or live free. The choice is ours,” reads the Youtube description of Mélat’s latest music video for “Dance Olivia.” That sentiment already permeates throughout the single, which sees the Austin-based artist singing about “dancing” through the world’s negativity over a hazy, bass-heavy production from NYC’s Obey City.

The new clip for “Dance Olivia” takes those themes to a darker and realer place, however, flipping the idea of “living free” to represent that of overcoming government surveillance.

“‘Dance Olivia’ is first video I've released all year. It's a love song to the soul. It's growing in the most important relationship we hold—the relationship with ourselves,” explains Mélat in an e-mail to Okayafrica.

“This video was shot during one of the rainiest and dreariest days in Texas which were good omens for this video. I was heavily inspired by the dystopian themes like Big Brother, 1984 in general, and The Giver.”

“The 80s were a huge inspiration for the song overall so I wanted to carry that element throughout the visual as well. I wanted a video with "Big Sister" speaking a message of freedom from fear. The media shows us images that invoke fear and apprehension but I believe in the power of the individual and each person’s unique ability to be great. Don't let the world tell you otherwise because it's up to us to either live in fear of what's to come or to live beautifully despite it.”

Watch Mélat’s grainy, 80s-influenced clip for “Dance Olivia” below and check out our conversation with the singer about her Ethiopian background & influences.