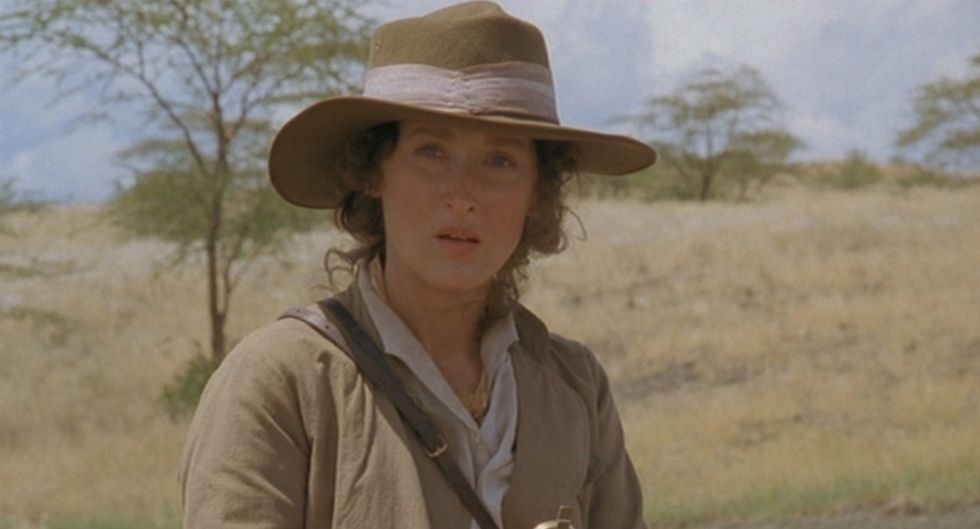 Abel Shifferaw pens a response to Meryl Streep after the actress' "we're all Africans really" comments at the Berlin Film Festival.

Meryl Streep in Out Of Africa

Meryl Streep, acclaimed American actor known for such classics as Out Of Africa, is the president of the esteemed festival's jury. The question of diversity and inclusion of people of color was raised three times, AP reports. When asked by an Egyptian reporter if she understood films from North Africa and the Arab world in general, Streep responded, “ I’ve played a lot of different people from a lot of different cultures.”

Yes indeed, Streep has, very literally and figuratively, played us.

Streep continued, "There is a core of humanity that travels right through every culture, and after all, we're all from Africa originally.” As an unconvinced crowd looked on, Streep further reiterated the point, “You know, we're all…Berliners, we're all Africans, really."

What Streep said, is, I admit, essentially correct, as we all did originate from Africa. Homo Sapiens, the modern human, what we are, first popped up in Africa and specifically what is known today, thanks to unification efforts by the likes of people like King Menelik, the nation state of Ethiopia. As an Ethiopian myself, I’m extremely proud to be from the location where modern humans originated. In fact, it’s one of my favorite talking points.

“Ethiopian food tastes like Indian food.” Someone will say.

“Naw.” I will respond. “Indian food tastes like Ethiopian food.”

“I love riding my bike.” Someone will say.

“Well, did you know that Ethiopia is the cradle of civilization.” I will respond. And so on.

Noting this truism is not in and of itself a problem, but when raised as a defense to charges of racism and white supremacy it becomes a massively flawed and highly offensive line of reasoning. The scientific community has concluded that race does not exist on a biological level but is rather a social construct. That being said, this social construct does have very real and tangible effects on our lives. To evoke this cross-racial solidarity not when black and brown people are being murdered by racist violence, but when accused of not being inclusive, is opportunistic and wrong. There are levels to this. The main being, Streep got it twisted.

The issue of a lack of diversity within Hollywood from people of color, queer folks and women has been rocking headlines and twitter feeds. #OscarsSoWhite has raised valid criticism of the overwhelming whiteness of Hollywood in addition to the snubbing of filmmakers of color on the basis of skin.

So, be cool Meryl Streep, you ain’t African.