The Roots Of... Michael K. Williams Discovers His African Ancestry 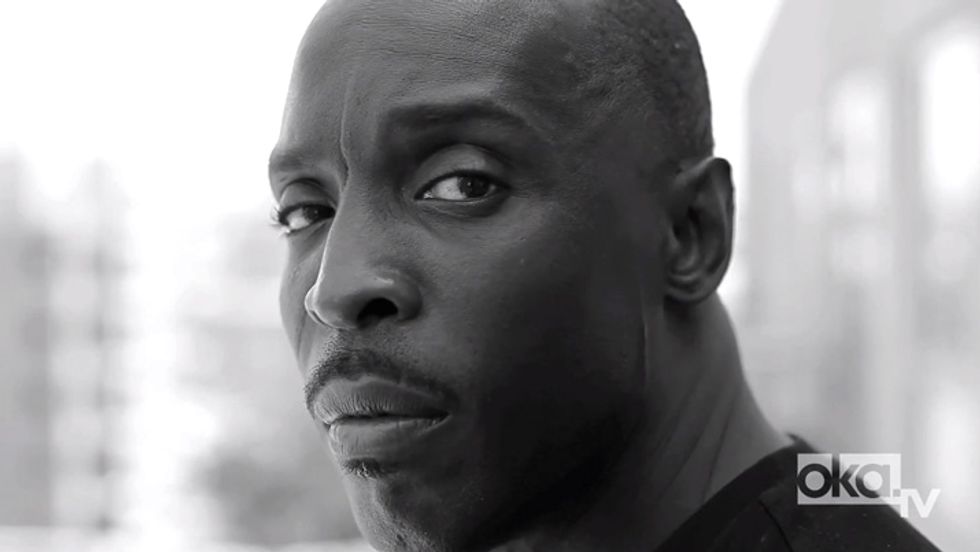 Michael K. Williams AKA Omar from The Wire takes a DNA test and discovers his African Ancestry in 'The Roots Of...' on Okayafrica TV.

Here's how this went down. We were walking down the street in Brooklyn one day and turned around to see none other than Michael K. Williams walking his dogs right behind us. Omar. Omar F'ing Little. Hands down the best character on the best show ever. Ever. (Forever ever.) This is what we blurted out: "I love you." We don't kid. (We wish we did.)

It was a no-brainer that he should be the next subject of our "The Roots Of..." series in which we trace back people's ancestry to the bright continent using a DNA test that can locate not only a country of origin but also an ancestral tribe. For Michael, it was serendipity. His brother-from-another-mother Isaiah Washington had already been in his ear to get the test done for a long time.

The results, revealed below as Michael K. Williams' African ancestry is revealed, will give you goosebumps. Regarding his ancestors who survived the middle passage and slavery, he asks: "what is flowing in my veins that survived all that horror?" He finds a partial answer, at least, in one of Nas' most striking lines: "Heart of a king, blood of a slave." For the rest, you'll have to watch.

If you haven't yet seen our first episodes in "The Roots Of..." series, check here to watch The Roots' African ancestry revealed to ?uesto and Black Thought, here to check out Q-Tip's real tribe, and here to see Flying Lotus trace his own soul makossa to the motherland. You too can discover the country and even tribe where it all began: to get your own DNA test, check out our partners over at African Ancestry.