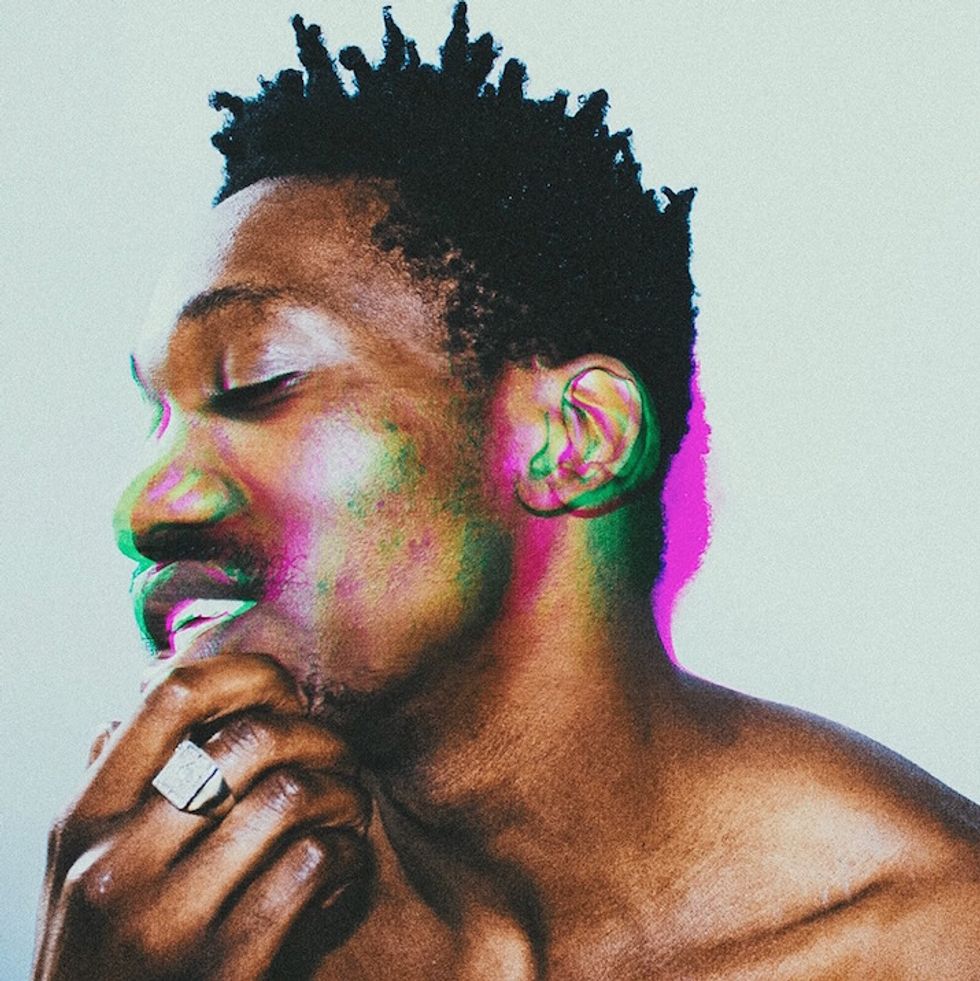 London-based musician Miles from Kinshasa offers glistering production and sonically-smooth harmonies with his new track "IVRY." The video for the thumping, synth-filled R&B tune shows the Congolese artist rhythmically bobbing down an empty street, his face covered by a red ski-mask as he stealthily inches towards the camera. The grainy, self-directed video reflects the artist's time spent in Paris as a child, "It's a homage to an area in the suburbs of Paris (Ivry-sur-Seine) where I spent a lot of my childhood/adolescent holidays seeing that same youthful frustration, searching and lack of direction displayed in the movie La Haine," the singer tells The Fader. "Imagine a blend of Hubert, Vinz and Sayid [La Haine characters] in one person... that's who the character in the video is. Seeking a higher power who urges him to wait and that everything will be fine, but the sociopath, wide-eyed naivety in him and his self-awareness won't allow him to, so he's coming to take what he feels he deserves—with no remorse (balaclava), but he's coming to do it in style (dancing)." Watch below as Miles from Kinshasa does just that in the music video for "IVRY."