Mo, the British-Gambian Winner of The Voice UK, Has a New EP You Should Check Out 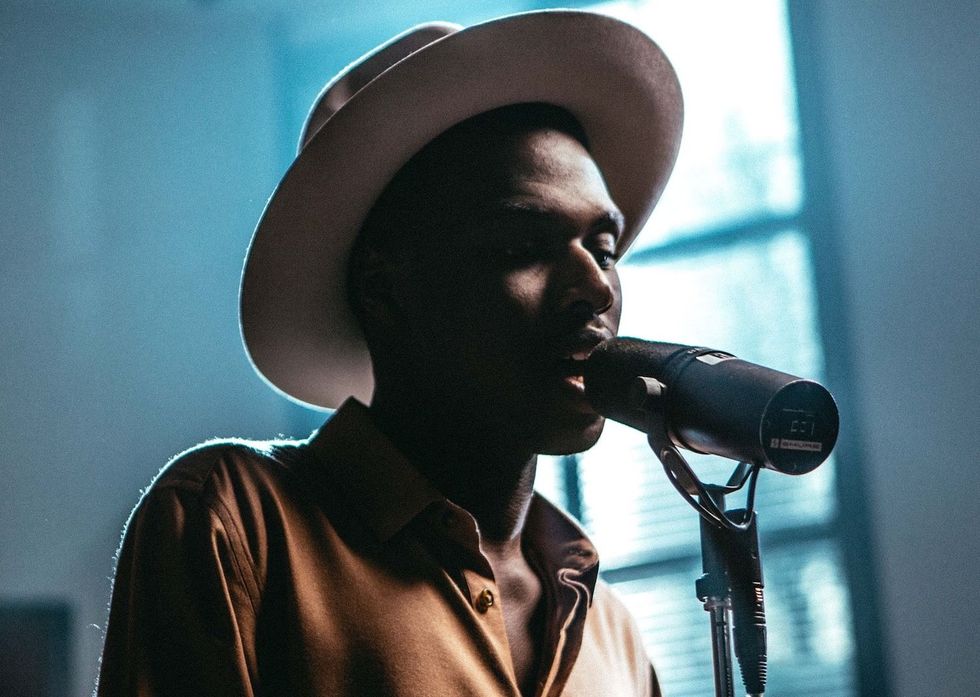 Mo Adeniran, this year’s winner of The Voice UK, has put out the 5-song EP 'Globetrotter.'

Mo Adeniran is this year’s winner of The Voice UK, which has moved from the BBC to their new home on ITV.

Rather than release his winning rendition of “Unsteady” as a single, Mo has instead put out a 5-song EP (featuring an acoustic version of “Unsteady"). It's called Globetrotter, as if to prepare himself for this new life.

“Unsteady” is a heart-rendering song by X Ambassadors that elicits parental support and comfort, “Mama come here, approach appear/daddy I’m along 'cause this house don’t feel like home” over arrangements that begin as a slow march and peak as a crescendo, followed by a cathartic anticlimax—a formula that will continue to endure.

Power vocals beat you over the head just to speak to your heart and Mo’s is no different. His vocals here are clearly more commanding than that of Sam Harris, the lead vocalist of X Ambassadors.

The band’s 2015 original has a strong semblance to other power ballads like Timbaland and One Republic's “Apologize” or Leona Lewis' “Keep Bleeding”—both compositions that are de rigueur in such singing competitions.

The grit in Mo’s voice is just a little harder in his rendition of “Iron Sky” than Paolo Nutini had in his original, which samples Charlie Chaplin’s great speech from The Great Dictator (1940)—a rousing call against fascism, yet every bit as relevant in t0day’s climate.

A perhaps unintended parallel can be drawn between Chaplin and Mo’s story. Chaplin’s speech was uncharacteristic for an actor best known for his “silent films” in the same way Mo’s shyness and reserve at the start this year’s The Voice was progressively filleted by judge and coach, Jennifer Hudson, over the course of the show.

Mo held his own on “Beneath Your Beautiful” the live duet with Hudson, and her pedigree will be a huge boost. “Globetrotter” may point in this direction but mainly on account of the rap verse and lyrics about not having been to Jamaica but “girl can you shake for me.” Any comparisons to John Legend heard here is not misplaced.

There’s any number of lessons to learn from the post-competition success and failures of previous winners of The Voice and other similar contests, enough to guide Mo on what type of music to make and what to avoid.

The hope is that he listens to the right voice.