The Rise of the New Egyptian King, Mohamed Salah 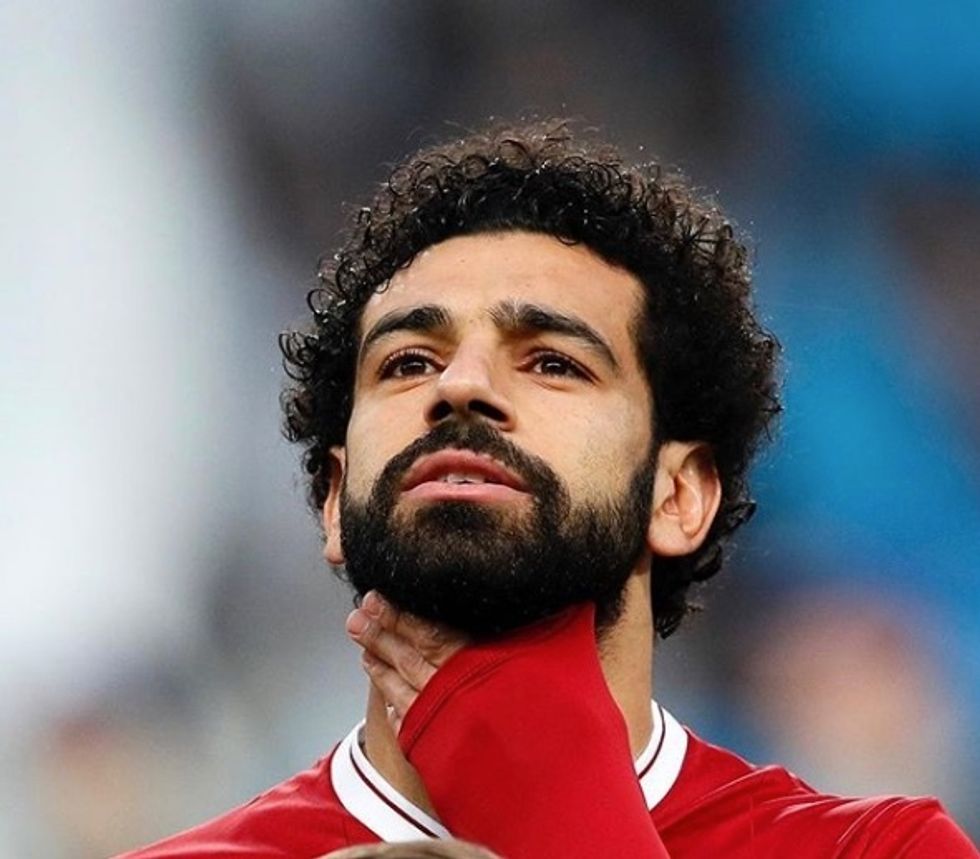 How Mohamed Salah brought Egypt to its first World Cup in 28 years.

When Real Madrid's Sergio Ramos brought down Liverpool's Mohamed Salah during this year's Champions League final in Kiev, it wasn't only Reds fans who feared the worst. Salah, a revelation this season for the English club, but a long-time favorite in his native Egypt, walked off from that match in tears and in a lot of pain, and it looked like he could miss the World Cup.

It would have been a tragedy for Egyptian fans, who had waited for 28 years to return to a World Cup, only to see that the star that finally led their team back to the world stage would risk sitting out from the tournament. And it would have been a tragedy for many neutral fans, who would miss one of the most exciting and explosive players right now performing at the most popular sporting event in the world.

While Salah is still working to heal from his shoulder injury, thankfully for football fans everywhere, it looks like he will be on the pitch next to his Egyptian teammates when they face Saudi Arabia and hosts Russia in Group A of the World Cup. The whole world might then get to witness the fast-paced style of play that brought Salah from the Egyptian league into the global stage.

Salah, who was born in 1992, began his professional career in the 2009-2010 season, when he debuted for the Egyptian team El Mokawloon. He then became a regular for the team in the next two seasons, and played for them until the Port Said Stadium disaster, when the Egyptian league canceled the tournament after 74 people were killed in a massive riot.

During this time, he played for Egypt at the 2011 U-20 World Cup in Colombia. He also made his debut for the Men's National team in September that year against Sierra Leone. One month later, he scored his first goal for the team against Niger. He also played for his country in the 2012 Summer Olympics in London, where he scored in all three group matches and The Pharaohs made it to the tournament's quarter-finals.

In 2012, Salah moved to the Swiss team Basel, where he won the Swiss league in his first season. There Salah, a devout Muslim, started to make international headlines when in a 2013 Champions League qualifying game he appeared to have refused to shake hands with the players from the Israeli club Maccabi Tel Aviv, causing controversy. During the return leg, Salah fist-bumped the opposition players instead.

But he also started to get noticed for his 20 goals in 79 appearances, particularly for two of them. During the group stages of that Champions League, Salah scored on both games against Chelsea, both of which resulted in Basel wins. In January of 2014, the London club decided to buy Salah, who then became the first Egyptian to play for the Blues.

However, the Egyptian was unconvincing and often looked lost in his games at Stamford Bridge. He played little during the remainder of the 2013-2014 season and during the first half of the next season. He only scored two goals in 19 appearances and Chelsea decided to loan him to the Italian side Fiorentina in February of 2015.

There, Salah resparked his scoring streak, netting 9 in 26 games. This ignited Fiorentina's interest, who now wanted to buy the striker. However, Salah rejected the offer, and instead moved to fellow Italian side Roma, also on loan from Chelsea.

There he quickly gained the fans' favor thanks to his incredible speed and his constant work rate that helped the giallorossi chase for the elusive Serie A title. Juventus ended up being crowned champions, but Salah was named Player of the Season in Italy and Roma decided to buy him.

While playing for the Roman team, Salah led Egypt's attack on the African World Cup qualifiers. In 2016, he scored both against Congo in October and Ghana in November to put his national team at the top of the table.

In early 2017, he helped Egypt reached the final of the African Cup of Nations with two goals and two assists. However, the Pharaohs were defeated in the final by Cameroon thanks to a late goal by Vincent Aboubakar.

Salah stayed until the end of the 2016-2017 season with the Italian capital side, amassing a total of 43 goals in 83 games. And in June 2017, Salah agreed a move to English side Liverpool, where he was quickly moved from winger to forward. This change proved pivotal, as his speed was used by Liverpool coach Jürgen Klopp as the team's focal point, and Salah began to score and assist regularly.

Salah scored on his debut against Watford in August, a 3-3 draw. In November, thanks to his two goals against Stoke City, he became the Premier League's goal scoring leader.

During the first half of the season, he also helped Egypt achieve the almost unbelievable: return to a World Cup. Despite having dominated African football for decades, the Pharaohs had not been able to get the results to bring them back to the global stage. After a defeat in Uganda in August, it looked like history would repeat itself.

However, when Egypt faced Uganda again in September, this time in Alexandria, Salah delivered an early goal that ended up securing the three points. And a month later, Salah sealed the deal with a last-minute penalty scored against Congo that finally sent Egypt to a World Cup and sent Egyptian fans into a national frenzy that will continue at least for two weeks in Russia.

Salah has not cooled down since then. In December, after scoring against Bournemouth in the Premier League, he managed the incredible feat of scoring 20 goals in his first 26 games at Liverpool. In March, he scored his first hat-trick for Liverpool: actually scoring four goals against Watford.

But that's not all, Salah also helped his team to reach the Champions League final by scoring 15 goals in 11 games, the first African player to score that many in the top European cup.

With Salah very likely to start for Egypt in Russia, fans might be in for a treat.