You Need To Hear This Sonic Journey Through Lesotho's Spiritual Traditions 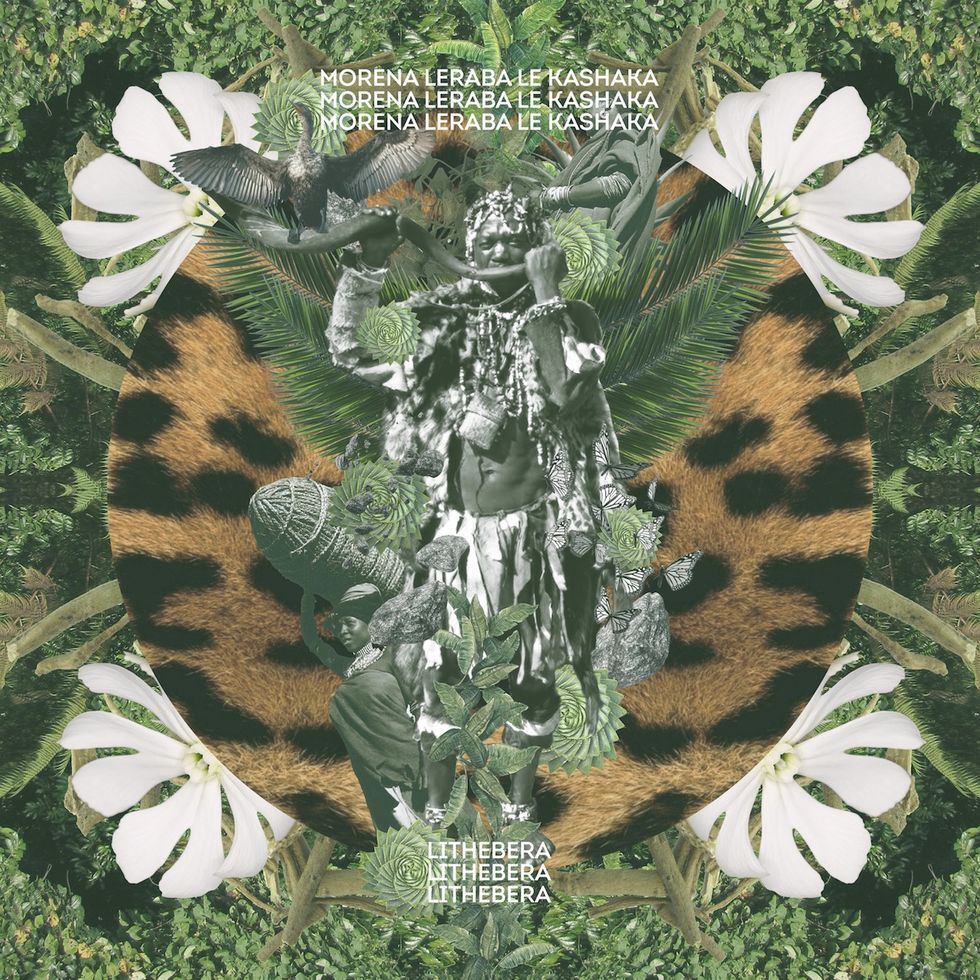 Morena Leraba is an artist grounded in simplicity, reticence and impeccable neatness, qualities that are the status quo where he’s from. Born and raised in Mafeteng, a flatland district in the southern part of Lesotho, the 31-year-old rapper’s worldview is informed by a raw rural experience and the solitude that village life has provided him.

Leraba’s steadily sparking interest from artists locally and internationally, including Enchufada’s own, Kashaka. After coming across Leraba’s music on Soundcloud, Kashaka, 25, reached out to the rapper about collaborating. The two clicked. And today they’re releasing their first single together. The artists also have plans to meet in real life for the first time when Kashaka visits Lesotho at the start of April.

Okayafrica caught up with the collaborators to hear the story behind their “Lithebera” which we’re excited to premiere below. Leraba’s interview was conducted in Sesotho and transcribed into English. Kashaka’s interview was done over email.

Lineo Segoete for Okayafrica: How did Morena Leraba go from being an enigma cradled in the mountains of Lesotho to being featured by Cape Town-based musicians such as The Freerangers and Dorin Shane Braun?

Morena Leraba: Carl McMillan, a filmmaker raised in Lesotho, went to study in Cape Town and while there he would constantly tell his friends about the Mountain Kingdom. These friends included The Freerangers–Jonas Stark, Fritz Hölscher and Craig Ross–who initially composed a melody as a tribute to Lesotho and thereafter sojourned here to experience it firsthand. While here, the Ministry of Tourism Environment and Culture in Lesotho heard and liked the song and Carl, whom I’d met here at home, then suggested that it would be perfect if it featured a Mosotho artist and he thought of me. The musical chemistry between me and the guys during rehearsal and recording was uncanny and so our relationship took off. Since then I’ve taken several trips to Cape Town to record projects, including a single produced by Fritz.

Walk us through your collaboration with Kashaka… What is your concept for the song?

Morena Leraba: This first single we worked on is called “Lithebera” [a concoction of traditional healing herbs]. In it I am a traditional healer who meets Kashaka after summoning him through a divination ritual. I tell my initiates about Kashaka, who is a mystical diviner from faraway lands, and predict his arrival in our midst. Once present, I announce his presence to the initiates and tell him to greet them using a foreign phrase for peace. I tell him to use the phrase As-salaam alaykum (peace be upon you), which happens to be a greeting the initiates are familiar with. Mine and Kashaka’s motivation behind this approach is to show that music is a unifying agent without barriers, which is synonymous across all languages.

Being that you are based in Lesotho and Kashaka in Brooklyn, how was the whole project recorded?

Morena Leraba: Kashaka sent over a beat he thought would suit me and I did indeed fall in love with it. I then recorded vocals over it at the studio of a producer Stylus (Thabo Mathaba) based in Maseru who proceeded to help in arranging and sending my recordings back to Kashaka for fine-tuning and mastering.

What message are you trying to pass to the people who hear your music?

Morena Leraba: I want to display the potency of Sesotho language and spirituality; hence, its practice as inspired by our deep-rooted faith as a people. I want to demonstrate an understanding of nature through the usage of herbs as healing devices, as well as the sense of social protection and security one gathers from communion.

What in particular struck you about Morena Leraba's sound and made you want to collaborate with him?

Kashaka: What struck me was his strong sense of melody and timing as well as his conversational tone. I felt like I was listening to a story, despite having no idea what he was saying since it was in Sesotho. Music is a language, and his performance spoke to me, so I sent him some beats to continue the conversion. I was really happy with how he replied.

How does Morena’s sound fit with the direction you wish to take your music?

Kashaka: His sound fits perfectly into what I'm trying to accomplish with my music. I strive to make music that plays off the diversity of the world and its history, a pluralistic sound that incorporates styles from all over; one that references the past but also fits into the present and future. My goal is to show how connected we all are through this universal language of music. To have someone singing in Sesotho, taking a traditional approach with melody, rhythm and storytelling that also fits perfectly with a contemporary electronic instrumental, is a perfect example of that connectivity and universality.

How was the music received when you played it at the Brooklyn Electronic Music Festival?

Kashaka: I was opening for the legend Afrika Bambaataa, a person who also uses music as a tool to unite people with different views. I played a variety of genres from hip hop to R&B to Detroit house to Kuduro and Afropop, while sprinkling in some of my tunes and remixes as well. Towards the end of the night I dropped our song “Lithebera” and people really responded favourably to it –especially the turnaround at the end, which came unexpectedly for the crowd.

The single is to form part of a larger compilation. What is the concept behind the project and what do you wish to accomplish through it?

Kashaka: The larger compilation is my first Kashaka project. In the past I've released a song with Zebra Katz, a collaborative EP with Brooklyn rapper Wati Heru, a song featuring Brazilian MCs Rôa & Mannolipe, DJ mixes, original tunes and remixes. But this is the first time I'll be releasing a full length project. The intention is similar to my general intention with music, which is to create a diverse, pluralistic sound that learns from the past and looks toward the future, with a goal of creating connectivity amongst a diverse group of listeners. The album will feature collabs with vocalists and producers from around the world because I want the music to represent my own personal experiences as well as others' experiences. I'm aiming to finish this project by the end of the year.

Lineo Segoete is the co-director of Ba re e ne re literary arts in Lesotho and a freelance writer and wanderer governed by creativity. Follow her on Twitter and Instagram.