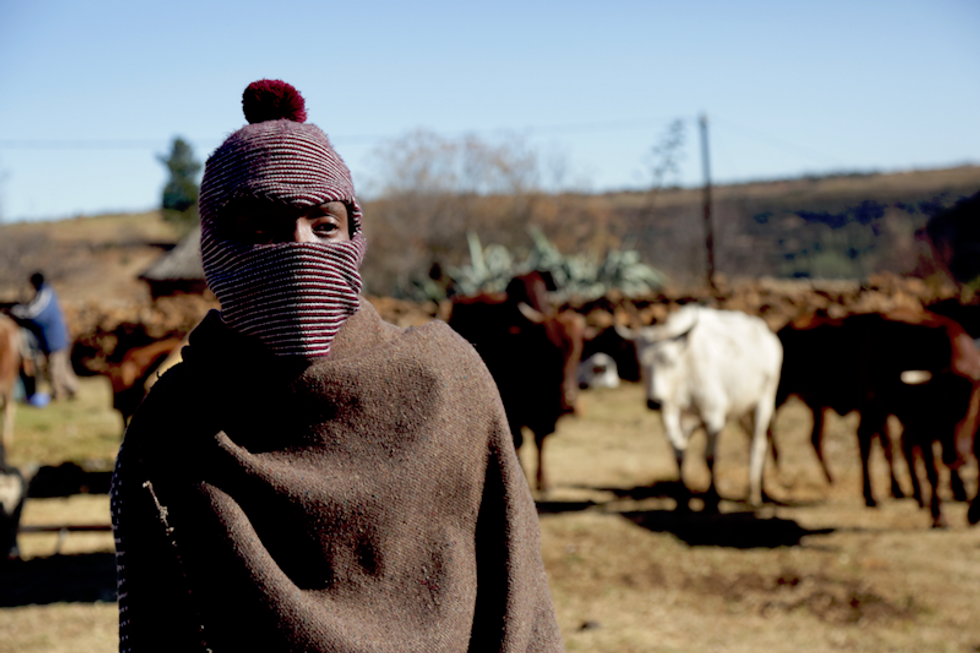 Titled “Shongo Foo,” the single is carried by robust percussion, including bongo drums and a skittering rhythm, courtesy of DJ Spoko and Andre Geldenhuy.

The song’s title came from DJ Spoko, and it means “to floss” in Spoko’s hometown Atteridgeville slang.

Morena Leraba’s music is inspired by the traditional genre from Lesotho called famo, as illustrated in “Shongo Foo”’s vocals. He recorded the track in Johannesburg with the help of Riccardo Benigno at RMB Studios, and it was latered mastered by Jumping Back Slash in Cape Town.

Listen to “Shongo Foo” below and download it on iTunes.

We dare you to try listen to it without moving a single part of your body.