Mothipa and Instro are Konsider Kush, And It’s a Big Deal 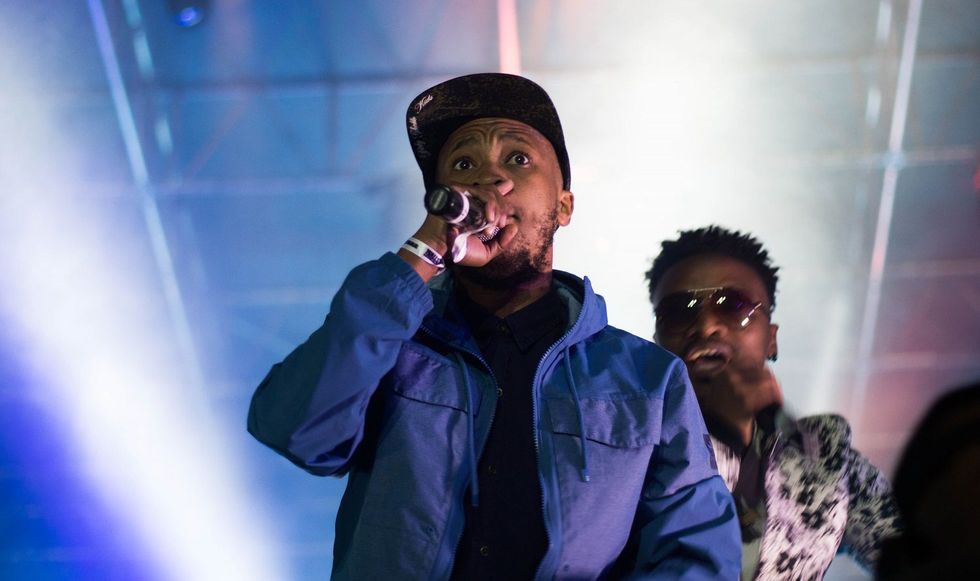 South African emcee Mothipa talks new music, a new duo, where he’s been all this time and more.

Mothipa is one of the most respected lyricists in South African hip-hop. He was part of the then-emerging scene in the mid-2000s, alongside the likes of Optical Illusion, Mawe2, Last Days Fam and many other boom bap acolytes. His single, “Ode to Mary Jane” – a love song to weed – is an unquestionable classic, and so is his solid 2009 album, Cure For The Pain. The clarity of Mothipa’s delivery guarantees you never miss those clever punchlines he’s known for.

Even though he has appeared on a few songs (Optical Illusion’s “Watch What You Say” for instance), the rapper hasn’t released any of his music in a very long time; he last released a track, “Shit Don’t Matter,” four years ago.

About three weeks ago, however, he released four tracks as one half of Konsider Kush – a duo consisting of him and producer/deejay Instro, who’s also Motif Records’ in-house producer and has crafted hits for Reason, Tumi and released a compilation in 2008 called NASA, shorthand for Now and Still After (don’t sleep on it).

The music was recorded live at the Joburg Theatre. Lyrically it’s still the Mothipa heads know of, just sonically jazzy and experimental.

In the Q&A below, Mothipa tells us how Konsider Kush came about, what he’s been all this time, his thoughts on the current state of hip-hop in SA and more.

Please tell us how Konsider Kush came about.

Konsider Kush came about from my DJ/musical director Instro and I hanging and just making songs. Songs influenced by our frame of mind at the time on our views on the situation in our world and the country. That brought about a certain way of thinking and making music. Music that is uncensored honest and pure. What we wanted to listen to. What was initially a DJ-MC duo turned into Konsider Kush, a dynamic live hip-hop band.

Tell us about your live show. What’s the setup like?

The only constant in the band is the MC and DJ, with Instro also playing keys occasionally. The rest of band is made up of collaborations with different artists, so the set is never really exactly the same. We’ve collaborated with drummers, saxophonists and guitarists. We recently reached out to a double-bass player, and will be working with more artists in the future. The music is content-heavy, but at the same time very relatable. Dope raps over some African-inspired beats produced by a variety of producers.

What has Mothipa been up to all this time?

Living, taking in this thing we call life. Did a bit of travelling, a bit of studying and a bit of growing up.

How does being Mothipa in 2016 differ to being the Mothipa who dropped Cure For The Pain in 2009?

Generally I would say all the stuff I mentioned I’ve been doing all this time, growing and travelling, studying, maturing and understanding myself much more. That has shaped my outlook on how I approach the music this time around.

Technically I would say back then I had more lines about how dope I was than how I view the world, whereas now it’s the opposite; the braggadocio bars have made way for more reflective bars about my views as a black male living in post-apartheid South Africa.

Is Konsider Kush working on a full project?

Yes, we are, so the band is a live band in the most literal sense when it comes to recording the music. The music we put out will be live, recorded live at the venue, not in a booth. We have dropped a couple of the songs from particular project Konsider Kush Live Tape: Recorded Live At Joburg Theatre. We dropped the initial batch of songs during “Kush WeeK” from the 1st to the 5th of August

It’s a whole lot more free music going around now. Which I honestly don’t have a problem with, and there is a whole lot more going into the live shows, which is one of the main reasons we started Konsider Kush. And the online presence that has been a game-changer on how one releases music. We might not be on all the social media platforms, but we are on ones that make strategic sense to us for the moment.

On one of your songs you say that you are all about music with content (“If it isn’t rich in content, you can miss me”). What do you think of the current state of SA hip-hop?

Well I guess one of the most obvious ones is that there is a lot more money in it now; the corporates have already started taking full advantage.

But there is an energy about the South African hip-hop scene that is undeniable at the moment. From cats turning down international deals, to being on Sway in the Morning. The culture is definitely growing.

What new school cats are you currently feeling?

There way too many to mention, first two that come to mind are Chro, Ginger and DarkListed. Skilled writers.

In your opinion, what happened to rap?

I don’t know really. Hip-hop is too subjective for me to give an answer to that.