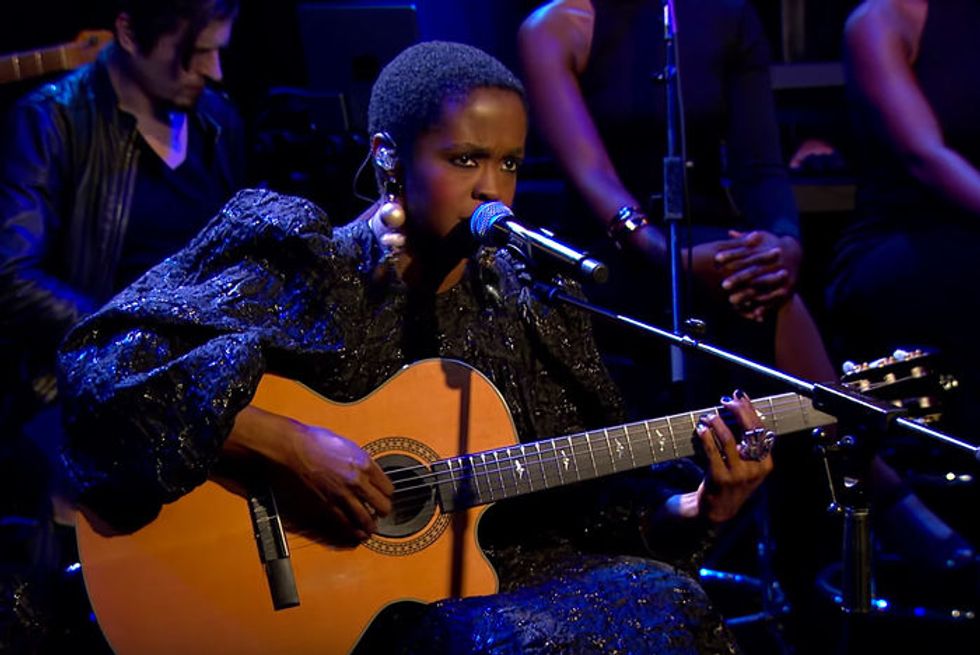 Earlier this month, Ms. Lauryn Hill surprised many of us with her first new music in a very, very long time. Streaming exclusively on Tidal, “Rebel/I Find It Hard To Say” is an updated studio version to a song off the 2002 MTV Unplugged 2.0 (Hill’s second solo album).

Originally titled “I Find It Hard To Say (Rebel),” “Rebel” was written about Amadou Diallo, the 23-year-old Liberian-born college student who was shot and killed by four NYPD officers in the Bronx on February 4, 1999.

The song carries a haunting relevance in 2016 America—something that Hill herself noted in a statement on Tidal: “Old tune, new Version, same context, even more relevant now: sick and tired of being sick and tired,” she said.

More recently, the singer took time off her Diaspora Calling tour to perform the song at the Charlie Rose studio. She was backed by a full band and backup singers as she delivered a powerful performance of the emotionally-charged song. Watch the full performance below.

Ms. Hill is currently in the middle of her Diaspora Calling! tour alongside special guests like Nas, Machel Montano, Kehlani, Talib Kweli, Little Simz, Noname, Seun Kuti, Jojo Abot, EL and a number of other artists from across the diaspora. Head here for the full list of dates.