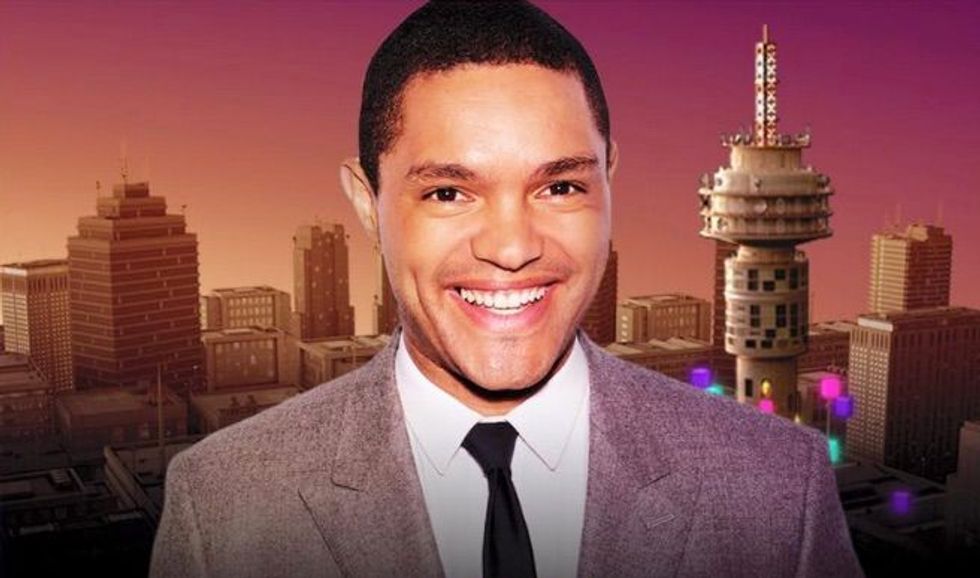 We’re less than 24 hours away from the 2016 MTV Africa Music Awards. Unfortunately, Trevor Noah won’t be in attendance this year.

The 2015 MAMAs winner was due to make his grand return to his hometown—and take a break from the U.S. election cycle—to host this year’s awards show in Johannesburg. Today, The Daily Show host took to Twitter to announce that due to a severe upper respiratory and ear infection, he’ll need to cancel his trip to SA. He also said he’ll “do his utmost” to make it up to his fans. No word yet on what he has in mind.

Replacing Noah as host of the 2016 MAMAs is Bonang Matheba alongside co-hosts Nomzamo Mbatha and Yemi Alade.

“We are thrilled that Bonang Matheba, one of Africa's most inspiring and luminous media personalities, will be hosting the MTV Africa Music Awards on 22 October,” Alex Okosi, Senior Vice President & Managing Director of Viacom International Media Networks Africa, said in a statement. “With her extensive presenting experience, personal charm and beauty, Bonang is going to make a fabulous host for MAMA 2016 and we look forward to an amazing awards show on 22 October with her at the helm.”

The MTV Africa Music Awards go down this Saturday at the Ticketpro Dome in Johannesburg with performances by Future, Yemi Alade, Nasty C, Babes Wodumo, Cassper Nyovest, Patoranking and more. Catch them live on MTV (DStv channel 130) and MTV Base (DStv channel 322) beginning at 21:00 CAT.

Read: A Day In The Life Of South Africa’s Queen B*, Bonang Matheba

So sorry everyone...Please read below, far too much to tweet. #MTVMAMA2016@MTVBaseAfrica@MTVBaseSouthpic.twitter.com/hPzpbvqWbC

Thank you all for the get well wishes! I'm sorry to have to miss all of you this weekend and #mtvmama2016 I will do my utmost to make it up to you! #mtvbaseafrica @mtvbaseafrica