The World Mourns the Loss of the Greatest of All Time, Muhammad Ali 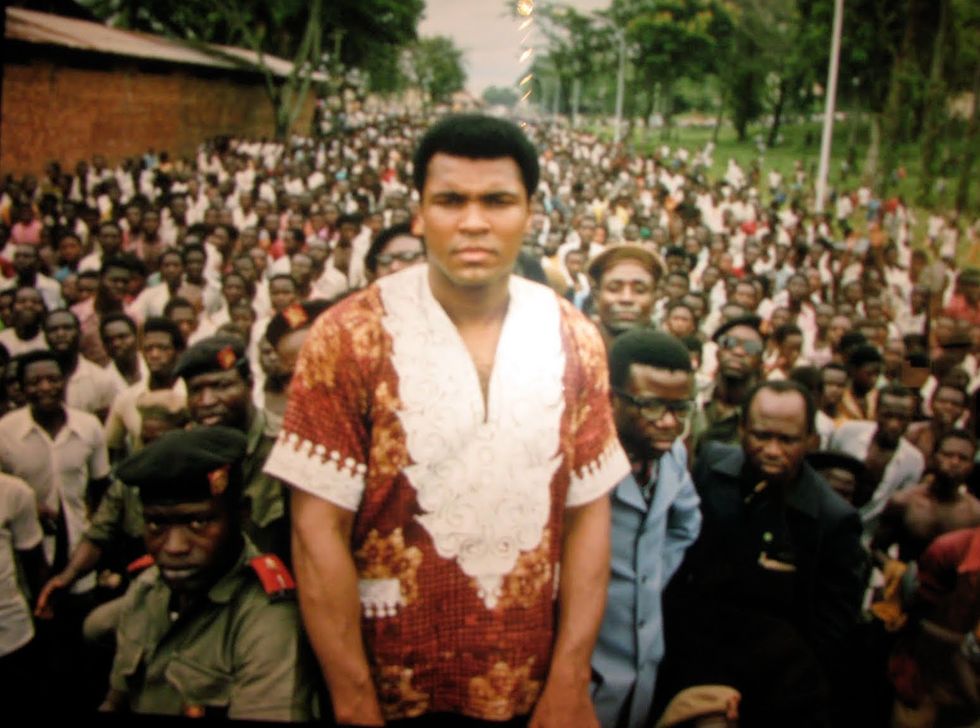 Muhammad Ali died Friday night at the age of 74. The boxing legend was hospitalized earlier this week in the Phoenix area with a respiratory condition aggravated by Parkinson's, a disease he battled for 32 years.

Ali was born Cassius Marcellus Clay, Jr. in Jim Crow-era Louisville, Kentucky. In 1964, two days after claiming the world heavyweight crown, a 22-year-old Cassius Clay publicly changed his name and revealed that he was a member of the Nation of Islam. “Cassius Clay is a name that white people gave to my slave master” Ali once said. “Now that I am free, that I don’t belong anymore to anyone, that I’m not a slave anymore, I gave back their white name, and I chose a beautiful African one.”

Tributes to the Greatest are pouring in throughout Africa and the diaspora.

"You will always mean something special to me, Africa and the world” Ivorian footballer Yaya Touré wrote on Twitter.

“This man inspired me. The champ. Rest in peace. 2016 is a rough one” tweeted Idris Elba.

“Far behind his greatness in the ring...There's a richness to a legacy created by the true icon” wrote the Kenyan band Sauti Sol. “Someone who's name forever stands for excellence, for principle, for grace, for charity and service. Someone who used his talent for something beyond athletic achievement. His fame, for something beyond self enrichment. The textured combination of courage, charachter and charisma is the legacy of Mohammad Ali! The most influential and beloved champion of the people! Champion of his beliefs, champion of human rights! His greatest victories came not inside the ring but on the public stage. His belief that your service to others is the rent you pay for your room here on earth, simply put he paid it in full.”

“Greats don’t die. They go to a secret place beyond the skies” shared Ghanaian emcee M.anifest.

“Rest in power Muhammad Ali. Your greatest work is inspiring the black child to be the best they” tweeted Simphiwe Dana.

I woke up this morning to find out the man they call "The Greatest" is dead. What is so weird is just a couple days ago, when news outlets were reporting that he was ill, I joked online "They should leave Muhammad Ali for us Ohhhhhhhhh". But I didn't really think anything would happen. He was Ali!! This one hurts sooooooo bad. I grew up in a Muhammad Ali household cos my dad was infatuated with the man. My dad collected reels of his best fights and projected them on the living room walls for us to watch. He collected memorabilia, books, VHS tapes of his films, famous interviews. He drilled famous quotes made by MA into our heads, HECK... My dad even interviewed Muhammad Ali in his heydays. I remember vividly my dad playing a recording of the televised 50th birthday celebration of MA with performances by Whitney Houston, George Benson etc, accompanied with tributes by some of the most famous people in the world. It also highlighted his special love/hate/incredible banter relationship over his boxing years with sports personality Howard Cosell. I begged my dad to play that VHS tape over and over again till I knew all the words by heart. Growing up with that foundation, I went on my own to study the man through books and films I came across, creating my own special relationship with Mr. Ali. Till tomorrow, the 1996 documentary film "When We Were Kings" ( directed by Leon Gast) is one of my favourite pieces of visual work. After watching, I always feel I can do ANYTHING. I think I might watch it again today... I need to get that feeling again... Instead of this loss I feel. #RIPTheGreatest. This clip is a perfect example of who this man IS ( he lives on). He had a big mouth on him, but an even greater soul!!!

“When you remember him and eulogize him, remember how much he loved his Blackness. Don't whitewash his legacy” pleaded Awesomely Luvvie. “Remember that Blackness. Because when the greats die, folks love to windex away their melanin. Nah. He was unapologetically BLACK.”

"No sadness, only joy. So proud to be Black. Like Prince, like Mandela, he was everyone's, and also unapologetically ours" tweeted Musa Okwonga.

RIP Muhammad Ali. You will always mean something special to me, Africa and the world. Thank you for all you did. ?? pic.twitter.com/HFKfmi17Pq

Far beyond his greatness in the ring...His greatest victories came outside the ring #RIPMohammadAli #GOAT pic.twitter.com/1NJ5d6M0iB

This man inspired me. The Champ. Rest in peace. 2016 is a rough one. pic.twitter.com/GVA6wCenEZ

When you remember him and eulogize him, remember how much he loved his Blackness. Don't whitewash his legacy. #MuhammadAli

No sadness, only joy. So proud to be Black. Like Prince, like Mandela, he was everyone's, and also unapologetically ours. #MuhammadAli

Rest in power Muhammad Ali. Your greatest work is inspiring the black child to be the best they be

Prayers up for Muhammad Ali. ?? pic.twitter.com/67QDfv1wMP

Love how #MuhammadAli loved Africa. What a sad day ? pic.twitter.com/FyKAyYKm14

When Nelson Mandela was imprisoned on Robben Island, he said Muhammad Ali made him feel the walls weren't there. pic.twitter.com/pm8doBt2BA

They go to a secret place beyond the skies. pic.twitter.com/9d2SsUelzD

Muhammad Ali was unapologetically Black. He didn't "transcend race." What he did was even more important BECAUSE he was a Black man.