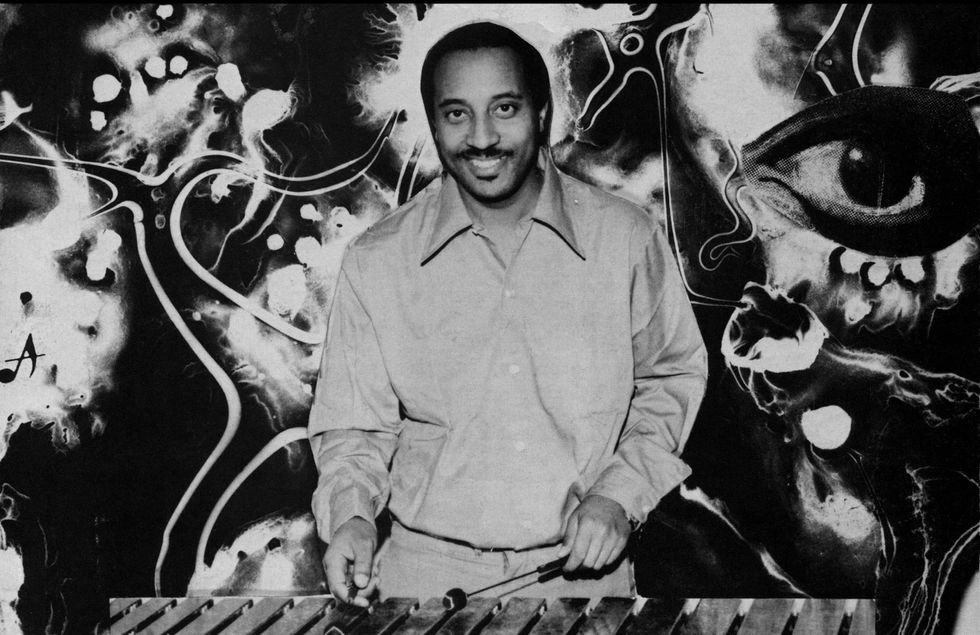 ETHIOPIA—Mulatu Astatke’s unique blend of traditional Ethiopian music, Western jazz, and Latin rhythms known as Ethio-Jazz never ceases to captivate. Astatke’s 1972 album Mulatu Of Ethiopia, which is now being reissued via the UK’s Strut Records, is no different.

Mulatu Of Ethiopia, which was recorded in New York City, is breezy but emotional, nostalgic and funky—it’s a beautiful record that grooves and wahs effortlessly.The reissue features the instrumental album’s original seven tracks in addition to mono versions of every song. It also includes multiple session outtakes from the time period.

Astatke’s refreshing and melancholic sounds often utilize the vibraphone and conga drums, instruments he helped to popularize in Ethiopia. Organs, keyboards and percussion can also be found throughout Astatke’s catalog and are plentiful on Mulatu Of Ethiopia.

The album opens, fittingly, with the track “Mulatu.” From the jump intoxicating horns and percussion blow and tap through the speakers. “Mascaram Setaba” will have you switching between your air guitar and air xylophone.

The album, a gorgeous time capsule of incredible music, then moves into “Dewel” which features melancholic horns wailing. Mulatu of Ethiopia then continues with the brilliant songs “Kulunmanqueleshi,” “Kasalefkut-Hulu,” “Munaye,” and “Chifara,” at which point the reissue goes into the grittier mono versions of the aforementioned tracks.

The legendary musician, who is now 73-years-old, was born in the Ethiopian city of Jimma. After living in the UK, Astatke traveled to the U.S. where he attended Berklee College in Boston studying music and honing his craft. While at Berklee, Astatke often visited New York City, checking out the city’s influential jazz scene and coming into contact with other musicians and new sounds.

Astatke’s music, known for its revolutionary fusion of genres, is indicative of Ethiopian popular music at large and its willingness to look not only at its own musical history but externally for inspiration. Emperor Haile Selassie, while on a trip to Jerusalem in 1924, adopted a marching band of forty Armenian orphans after hearing them play. The Arba Lijoch (Forty Children in Amharic), as they came to be called, eventually helped to shape the burgeoning musical explosion of later decades that Astatke lead, introducing brass instruments to Ethiopian popular music’s repertoire.

The sounds of Ethio-Jazz have traversed not only national boundaries, particularly with help of the Buda Musique's popular Éthiopiques series, a collection of songs and sounds from East Africa, but have also travelled generationally. Younger hip-hop artists have sampled and will most likely continue to look for inspiration from Astatke and Ethio-Jazz.

Nas and Damian Marley use portions of Astatke's “Yegelle Tezeta” for their track “As We Enter” while Kanye West sampled Seyfu Yohannes’ “Tezeta” for Common’s track “The Game.” K’naan looks to Astatke's “Kasalefkut Hulu (From All The Time I Have Passed)” for the song “ABC’s” featuring Chubb Rock. The sounds Astatke developed can be heard as inspiration on tracks from artists like the Menahan Street Band and Toronto’s BADBADNOTGOOD.

Read more about 11 hip-hop samples from Éthiopiques and its history of cultural exchange in our in-depth article and accompanying playlist.

The reissue of Mulatu Of Ethiopia will contain a 3 LP, 6-panel gatefold set with the stereo album masters, pre-mix mono masters, and a few out-takes from the album recording sessions, providing a fascinating insight into how the album come to fruition.

You can also cop the album on CD or 1-LP format. Mulatu Of Ethiopia will also feature an interview with Astatke and some rare photos. Head over to Strut’s website to buy it.

For more on Astatke read our interview with the legendary Ethiopian musician on promoting East African music and its influence on the world.