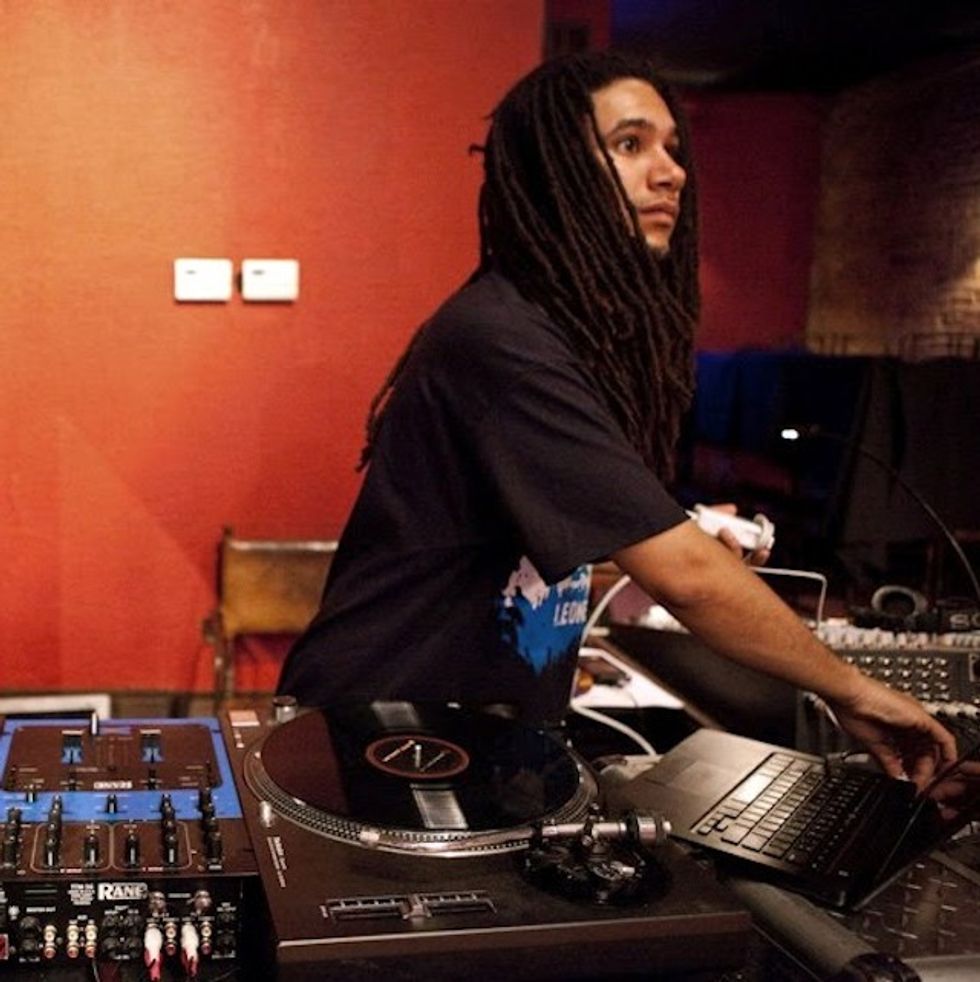 Check out an interview with Chief Boima on his dissertation where he evaluates the relationship between musical violence, political speech and youth culture in Sierra Leone.

When popular depictions of youth in Sierra Leone come from the Western imagination via music videos such as "Diamonds From Sierra Leone" and films like Blood Diamond it is a noteworthy intervention when we get to read an in-depth analysis of the relationship between youth culture, political speech, and music in the often marginalized West African nation. Through his research at the New School and The Nordic Africa Institute, Boima Tucker (aka Chief Boima) presents a truly compelling argument in his dissertation "Musical Violence, Gangsta Rap and Politics in Sierra Leone" for how we consider political dissent and political speech in terms of marginalised populations, such as the youth in Sierra Leone.

Highlighting the trajectory of the arts as a form of public dissent in precolonial, colonial, and post-colonial society in Sierra Leone, Boima highlights pivotal moments in Sierra Leone's political history through the relationship between youth culture and gangsta rap aesthetics. One of these moments is recorded in the video above and features a concert held by Akon in 2010 during the nation's celebration of 49 years of independence. The video shows "beef" in the SL music industry, through two popular rappers, Kao Denero and LAJ;More than anything Boima points to the performative nature of the video as testament to the aspirations of artists in Sierra Leone to be seen as "rivals" in mimicry of the American hip-hop tradition.

As the youth in society have been perceived as those unqualified to make political speech, occurrences seemingly apolitical such as beef between rappers such as Kao Denero and LAJ signify that, through the genre of gangsta rap, the youth have been articulating their "dreams, hopes, and desires for a different position in the social folds of Sierra Leone," in some ways through their idealization of American hip-hop culture. We asked the musical scholar a few questions about his research and writing process. Check out the brief interview below, and download his dissertation for free here.

Okayafrica: I'm going to ask the unthinkable, can you sum up your dissertation in 4/5 sentences?

Chief Boima: Okay, well the idea is that I'm trying to show what I see as the root of violence in society in Sierra Leone as well as the social structures that create violence. In addition, I was trying to locate and excavate these spaces that I saw violence being evaded through societal notions of democracy. These notions weren't based on traditional Western ideas of democracy promoted by the international community — voting, representation, etc. — but locally and culturally specific understandings. Tying it all together, I saw these ideas manifest through music, specifically gangsta rap and hip-hop.

OKA: In your intro you mention how you personally are implicated in your research. This is something many academics avoid, why do you feel it's important to frame your research in this way?

OKA: You mention Sierra Leone in terms of West Africa, particularly in terms of music almost as marginalized. Do you think that's in the process of changing at all?

CB: In the paper I try to emphasize the different lanes of popular music in Sierra Leone. We definitely have artists like Bajah and the Dry Eye Crew, which are more popular globally and then we have local artists such as the Jungle Leaders. Local music is still very much marginalized and in Sierra Leone people listen to music from other countries in West Africa, particularly Nigeria and Ghana. Nigerians dominate the West African music scene period and that's also related to sociopolitical and economic contexts. When we think back to the civil war in Sierra Leone, Nigerians via peace keeping forces played such a significant role in Sierra Leone's post-colonial development. Many have even suggested that Nigerians represent almost a regional imperial power over countries like Sierra Leone and Liberia. I say all of this within the specific historical reality though — I love Nigerian music just as much as everyone else.

OKA: In addition to emphasizing the significance of gangsta rap as a space for political speech amongst the youth in Sierra Leone- what are some of the pitfalls of this in practice? Do you think that your research documents that music can actually be a weapon for change?

CB: I think what is significant about my view is how I'm talking about musical violence. I don't think music has political agency within itself. I think music can be political, but it can also be commercial and as a cultural product it can always be commodified. I think once we recognize the forms of political speech as democratic and if you see music as one of the many avenues through which political speech can occur, that's when you can really see the potential for social change.

For example, in Egypt during the revolution a lot of Westerners were making the argument that hip-hop amongst the youth was a catalyst for change. In reality the catalyst for change was much deeper than that, owing to social and historical factors, but when you look at Egyptian youth and their relation to politics and history, you find that Electro Sha'bi, a seemingly apolitical party music is actually the more political expression.  This music has become popular amongst youth from a previously less visible class and sits as an alternative subjectivity to both "old" and "new" notions of politics and citizenship in the country and the world at large.

OKA: What kind of intervention are you hoping to make with this dissertation — academic? or something material?

CB: I hope academic. When writing I almost tried to write my dissertation as a guide book to document aspects of youth culture that I thought would be useful for those who don't understand or see these really significant relationships. My favorite writings about Sierra Leone are those in which people document moments in time from their perspectives and anything that can contribute to a non-dominant discourse is important to me. My audience is anybody and everybody. Anyone who is interested in these ideas.