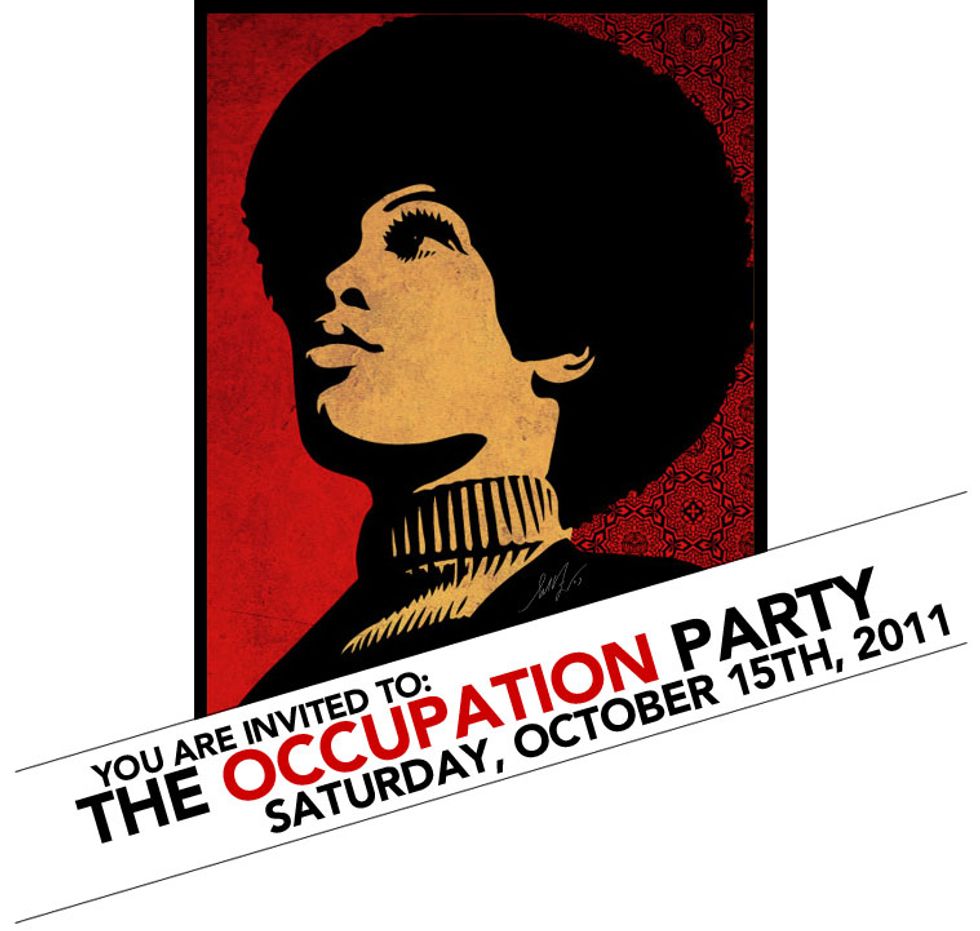 Music has long been the soundtrack of protest: Fela Kuti, Bob Marley, Mos Def, Rage Against the Machine, Saul Williams, Public Enemy, Tupac, Bob Dylan, Woody Guthrie, Dead Prez – the list of musicians fighting on behalf of the people goes on and on and on and on.

And in the past few weeks, musicians from all walks of life have signed on to support the #Occupymovement, standing in solidarity with the protesters on Wall Street and around the country who are demanding change. Above (and here), a few folks you may recognize - ?uesto, Moby, Kweli, Kanye, Russell, Bilal, Angelique Kidjo, and Gbenga Akinnagbe (from The Wire!) (and many more vids from others coming soon!) - are asking you to help support this movement that grows more powerful each day.

Yes, it's a rare moment when a grass roots protest movement takes over the national - and international - conversation. And on Saturday, October 15th, over 858 cities in 78 different countries will host demonstrations - including, just FYI, more than just a few on the Bright Continent itself.

What do the protesters want? A more equitable world. For people to be valued over money and corporate interests. For the human race to halt their rampant destruction of the natural earth. Specifically, in the U.S., they want money to be separated from politics. They want leaders who are not owned by corporations, but instead fight for the people's well-being and rights. They want a more equitable distribution of wealth.  (For some seriously deep statistical legitimacy for the protesters' complaints, check out this slideshow from Business Insider.)

For those of you here in the Okayafrica HQ city of New York, it's our time to shine. On Saturday dozens of community groups, unions, student organizations and lots and lots of regular folk are taking to the streets in a mass protest  - of tens of thousands - that will culminate in Times Square. In collaboration with a whole host of New York City's movers and shakers, Okayplayer and Okayafrica will participate in the  The Occupation Partyas it rocks the protest with music, performance and a street party in support of the actions of Occupy Wall Street.

For those of you not in New York or unable to come out and protest - there are so many ways to help. They are enumerated here.

FIND FULL DETAILS FOR THE PARTY HERE. We hope to see you there...We are the tipping point.