Muthoni The Drummer Queen Is Dropping Her Album Through Kenyan Cellphones 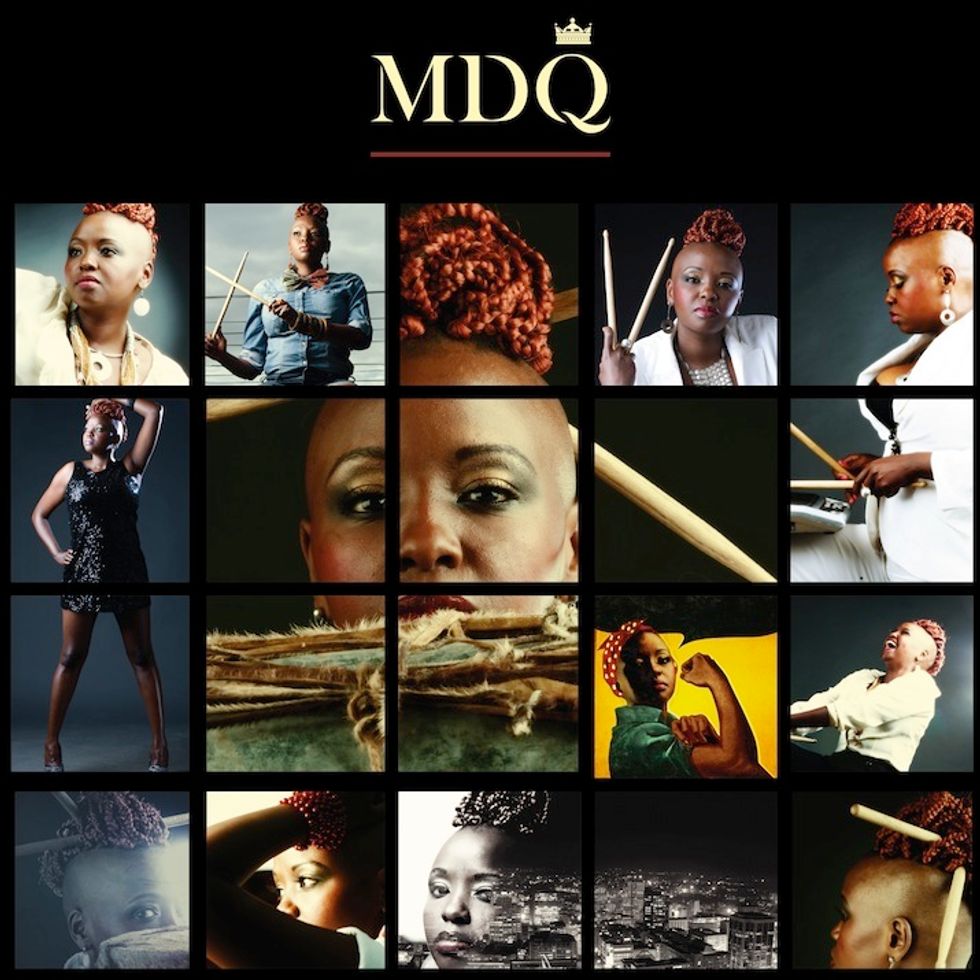 Muthoni The Drummer Queen is releasing her hip-hop album via cellphones in Kenya.

Kenyan based rapper/drummer/singer Muthoni the Drummer Queen (MDQ) is back and she didn’t come empty handed. With a three year gap between this and her first album The Human Condition, Muthoni’s career haas paused, morphed, and seems set to soar with the incarnation of her rap persona. Written and performed entirely by Muthoni the Drummer Queen, this upcoming 10-track self-titled LP was fully arranged and produced by Switzerland-based GR! & Hook at La 39ème Chambre studios in only sixteen days.

In the album Muthoni opens up about her journey as a musician and entrepreneur. Between the melodious flow, the infectious beat and the artful fusion of Swahili and English Muthoni’s ode to hip hop plays like an appeal to global rap aficionados. In keeping with boss moves, Muthoni brokered a Jay-Z type deal with Standard Media Group (one of Kenya’s largest media houses) through her label Muthoni Music for the exclusive distribution of MDQ in Kenya through their digital platform. Released over 10 weeks every Friday from October 18th to December 22nd 2013, MDQ fans simply send a text with the corresponding code for each release to 20270, after which they receive a download link. The outcome of this could potentially provide key insights to alternative methods of music distribution on the continent. Fans outside Kenya haven’t been left out and can also purchase the music every Friday as it is released on Muthoni the Drummer Queen's official website.

"Nai Ni Ya Who?" (slang for “Who does Nairobi belong to?”), the first single off MDQ,  is jam packed with witty punch lines delivered in English and Swahili woven effortlessly over a field recording of vocals from women of the Samburu tribe. As in all her first releases, this single is a nod to her home town Nairobi and brings up the ironies of class struggle, the perception of power and access as is demonstrated in lines like Nai inakuanga ya watu wamesoma, lakini bila street cred wanajipata kwenye noma (Nairobi belongs to the educated but without street credibility they find themselves in trouble). Queen of text and sub-text the first single is a cautious celebration of the complexities of Nairobi.

From an early listen to six tracks off the album, MDQ is representative of an artist’s journey through self-discovery, disappointment, and success all delivered in a self-assured yet vulnerable way. Keep up with the releases through at Muthoni's official site. The next release off the album, “Reconditioned,” is set for the November