​Muthoni Drummer Queen's 'She' Is A Spirited Celebration of Womanhood 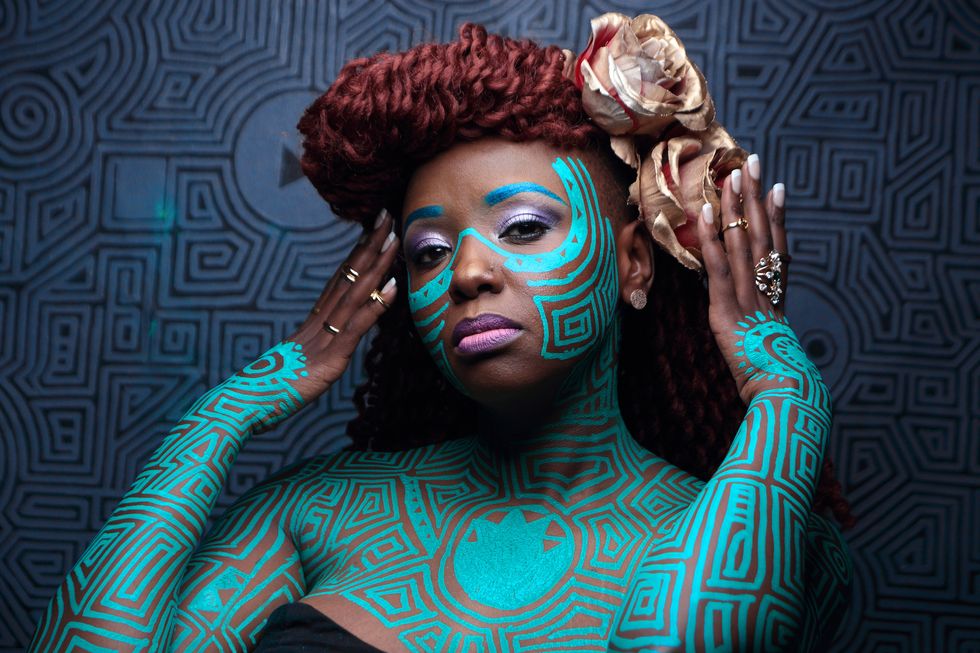 MDQ's new concept album is a true Afro-feminist record and a victory for herself and Kenyan music in general.

Muthoni Drummer Queen has been paving the way for "alternative" artists in Kenya for years. The multi-talented artist and entrepreneur has always pushed boundaries for the non-conformists to exist and find a way to prosper in a country where gospel is arguably still the most popular genre of music.

A spirited celebration of womanhood from different perspectives, She is a 12-track concept album that has been produced, packaged and wrapped ready to cross-over to the rest of the world.

Musically, it is bolstered by the signature style of Swiss producers GR! And Hook who teamed up with MDQ again for the full length of the album. Together they were able to cultivate a contemporary sound that flawlessly blends elements of hip-hop, blues, dancehall, retro-soul, future R&B, as well as distinct African rhythms.

Kicking off the LP is "Million Voice," a powerful single dedicated to the millions of ordinary, everyday people doing whatever it takes to put bread on their table and create a meaningful impactful life. Her reggae-style delivery on the chorus is hard-hitting. Singing loud and clear, MDQ has arrived. One couldn't ask for a better way to start the album.

The follow up track is the bouncy socio-politically charged "Kenyan Message" which served as the debut single for the album. Not only does this track stir up a discussion about the incompetence of Kenyan leaders, but it also showcases her laudable skill as an emcee.

"Suzie Noma" is where the fun really begins! The dancehall flavored tune is a feel good jam that celebrates the beauty of female friendship and empowerment all over the world. The party spills over into "Lover," a bubbly, synth-heavy tune about coming into fullness of sexual expression as a woman.

"To be a woman is a full time job for half the pay and even then, not always." This quote from "Dear Mathilde" addresses double standards that women are objected to. In this engaging spoken word manifesto, she shatters the traditional social constructs and expectations that come with being a woman, especially in Africa. In summary ladies: be you, and fearlessly so.

She pays homage to the iconic Maya Angelou poem with "Caged Bird," a poignant femme chant tackling the inter-generational struggle.

Although initially unintended, MDQ realized mid-production that she was in fact "channeling a prismatic array of stories about women."

This album isn't just a victory for MDQ, it's a victory for Kenyan music in general. For the local scene, it's two steps in the right direction. It continues to prove that with good branding and the right resources, Kenyan creatives are able to produce world class level work which can be on par with the rest of the world.

It illustrates the level of mastery that can be achieved when Kenyan artists are given the opportunities to express themselves fully and unapologetically.

Though it carries a substantial message with each song, She still manages to be optimistic, playful and radio-friendly. The balance of fierce and fun, perhaps, is what makes it a true Afro-feminist record.