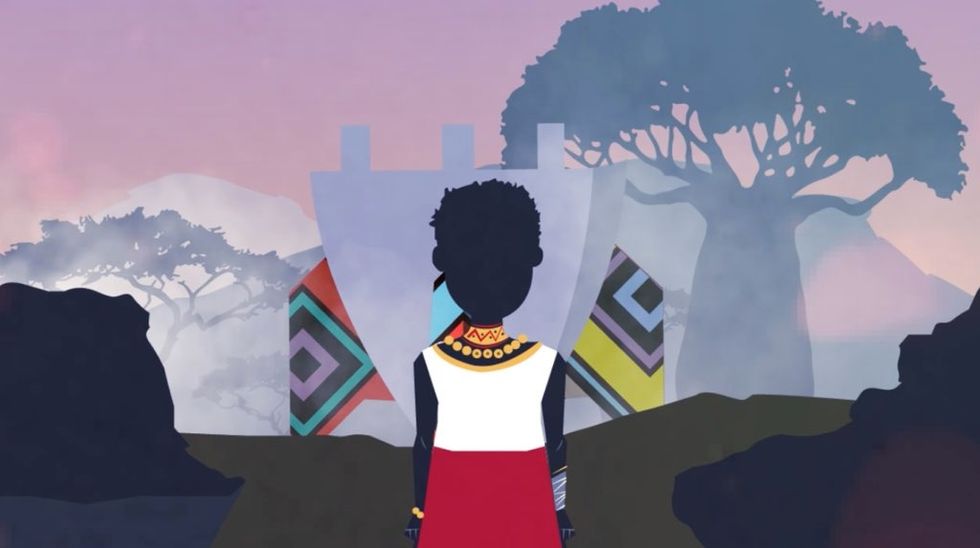 South African electronic music artist Muzi just released the visuals for his song "Zulu Skywalker" from his stellar debut album Afrovision. The animated video was created by Durban-based rapper and graphic designer ByLwansta. It tells the story of a 4-year-old girl, whose name is Ziphozethu. She takes off into space, in a video that is the first chapter of a story that is going to be continued.

They've never made me an animated music video, but okay 😕

"There is a substory that flows throughout Afrovision about African space travel," says Muzi. "The scientific/technologic meets spiritual way. 'Zulu Skywalker,' 'Channel Blak' and 'Bantu Space Odyssey' are all inspired by that. My niece loves cartoons but there's rarely any cartoon that looks like her hence this video. She's into science, astrology and technology, just like I was when I was little.

"This video is a first in a series of videos where I'll further be exploring the concept of space and of young black girls being interested in more than just the monolithic expressions we normally see in our traditional and commercial media."

Watch the video for "Zulu Skywalker" below, and revisit our interview with Muzi about his album Afrovision, here.