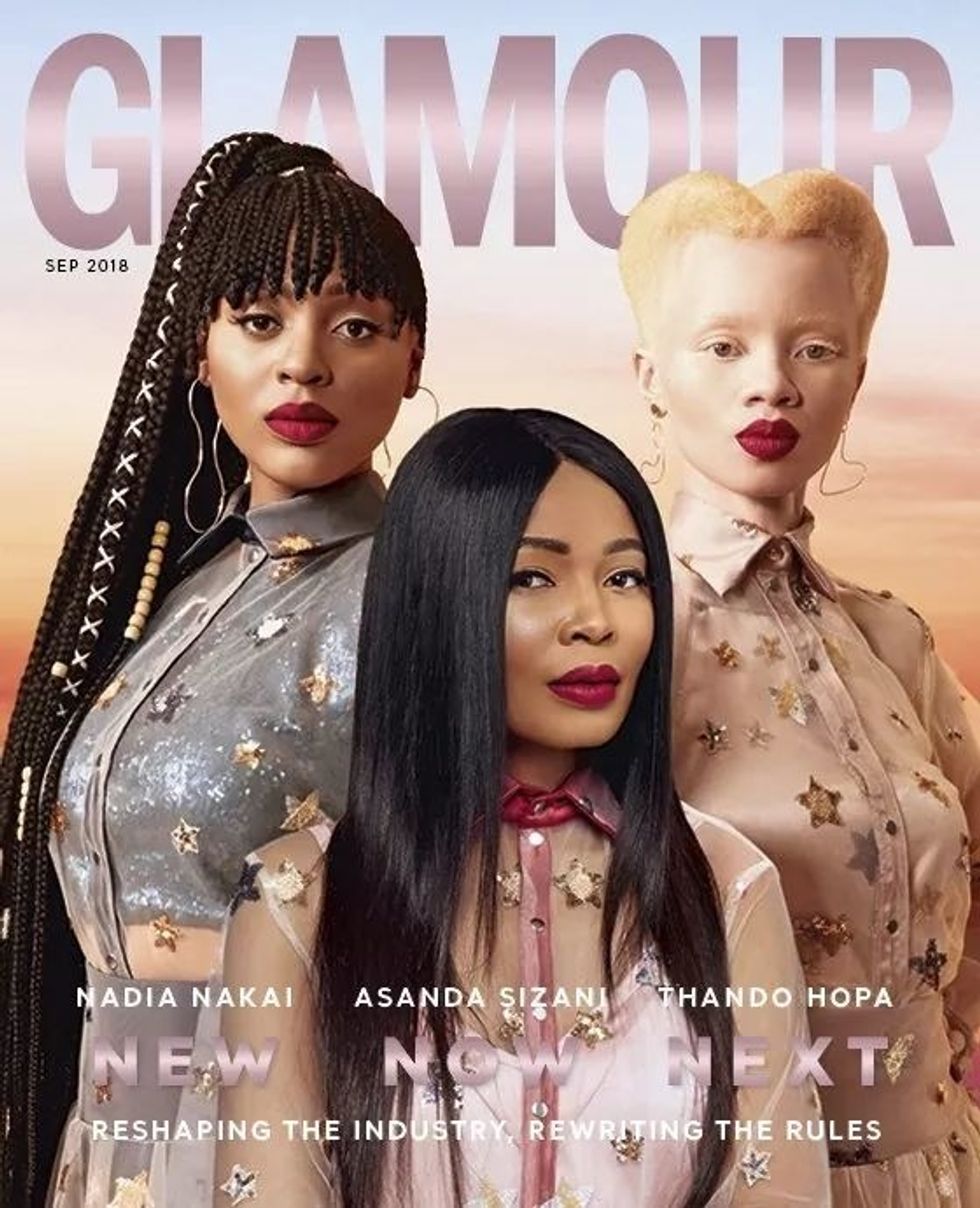 "Naaa mean, we on magazines."

South African hip-hop star Nadia Nakai is on the cover of the September issue of Glamour SA. This makes her the first ever rapper to grace the cover of the glossy magazine. Hip-hop has come a long way in South Africa, and as it's currently one of the most popular genres in the country, it's achieving many firsts on mainstream media.

Nadia's profile has grown tremendously in the last few years. She has released hits such as "The Man," "Money Back," "Sqwaa" and "Naaa Mean," among others. She is currently signed to Cassper Nyovest's Family Tree label, and her debut album is coming this year.

Hip hop has not only had a profound influence on fashion, but is also a powerful force in global entertainment and… https://t.co/yJnBLnVWWO
— Asanda Sizani (@Asanda Sizani) 1534740862.0

The editor's appearance on the cover has received mixed reactions. While some feel she's breaking the old rules (which is great), others aren't sure what to make of Sizani, who's the magazine's first black editor in chief, pulling an Oprah and putting herself on the cover of a magazine she edits.

Below are some tweets reacting to the cover:

Pick up a copy of the September issue of Glamour SA wherever magazines are sold.