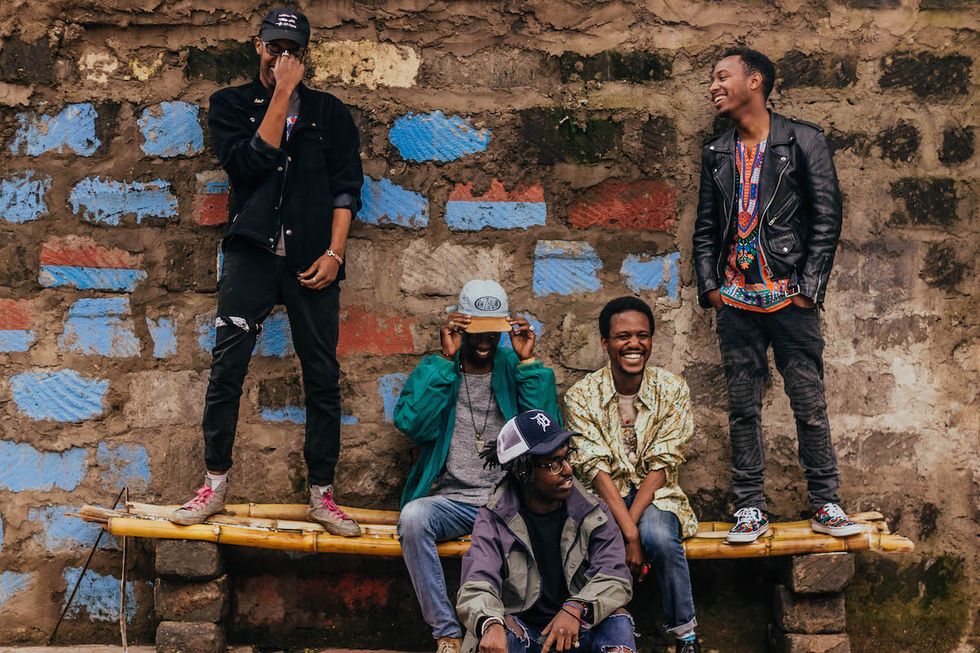 DJ Bhayology's 'Nairobi Nu Wave' mixtape is a 30-minute overview of the fascinating sounds coming out of Kenya.

During his recent visit to Nairobi, American born DJ Bhayology encountered various producers and artists from the music scene.

Certain that the Soundcloud revolution had hit East Africa, he was set on discovering the fresh and emerging music makers in the Kenyan capital. This led to the making of the Nairobi Nu Wave mixtape, a 30-minute overview of the fascinating sounds coming out of the city.

This mixtape provides a wider look into Nairobi's thriving underground and digital music scene . Kicking off the tape are individual songs by NuFvnk, Ukweli and Jinku of the East African Wave who along with the Cosmic Homies remain influential in the “NuNairobi” movement.

As the tape progresses we hear more incredible music from Mars Maasai, MR. LU and RVMP, all members of the XPRSO collective, with the latter two having just released solo EPs, Full Moons and Before Everything Alters Me respectively.

SURAJ is a talented producer who blends electronic music with traditional musical elements. His song “Rabai,” featuring Makadem which has come to much acclaim is also featured in the tape.

Veteran producer Blinky Bill isn’t left out of the mix as fans anticipate the release of his upcoming debut solo album. He recently premiered the music video for his track “ATIE” which follows The League of Extraordinary Supergrans—a group of ordinary Kenyan women transformed into fearless fashion mentors.

The mixtape wouldn’t be complete without the likes of Sichangi, Basthma, Irayo, Jwa Kobra as well as other intriguing beat-makers making their way in the East African musical sphere.

The Nairobi Nu Wave mixtape exhibits the diversity of sounds coming out of the city. From tribal down-tempo and Afro-house to future bass and electronic, the music styles and genres span a wide range.

DJ Bhayology plans on putting out more mixtapes and compilations promoting the music he discovers as he travels through different African cities such as Kampala, Durban, Maputo and Dar es Salaam. We'll definitely be keeping an eye on his Soundcloud.

Listen to and download the Nairobi Nu Wave mixtape above.