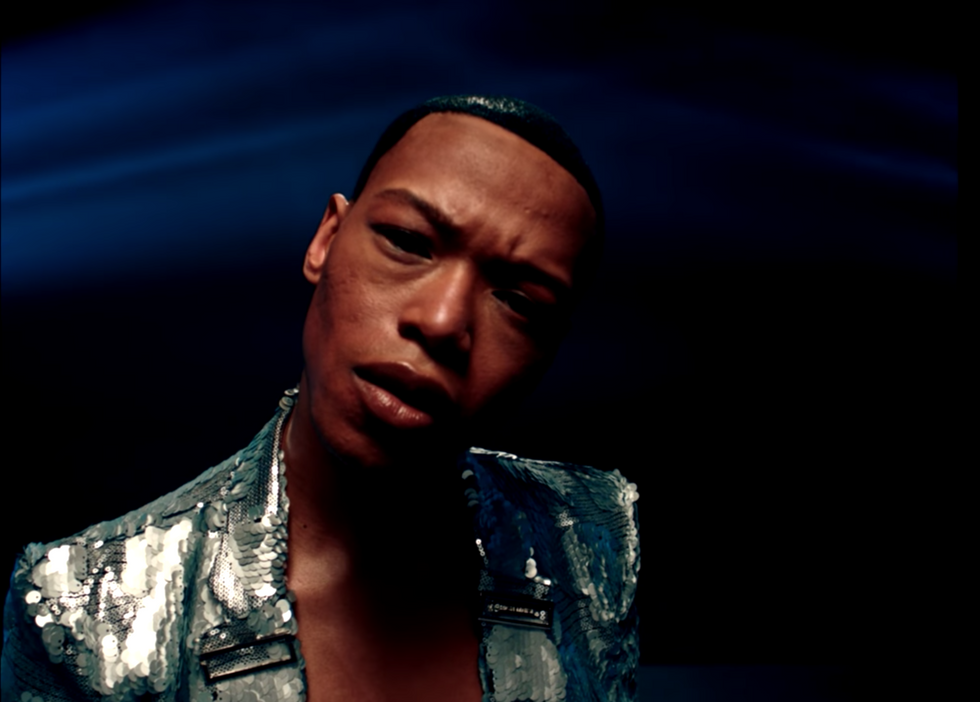 Puffy and Mase have nothing on Nakhane.

South African musician Nakhane just released the visual to "Interloper," a song from his upcoming album, You Will Not Die.

The minimalistic video is reminiscent of the 90s, as Nakhane rocks a shiny suit like Diddy and Mase in their days.

The singer gyrates in the dark, and is joined by a heavenly choir for the chorus, before he is groped by a group of people who are clearly entertained by his performance.

The music video for "Interloper" is something you would expect from Nakhane—minimalistic, subtle and open to the viewers' interpretation.