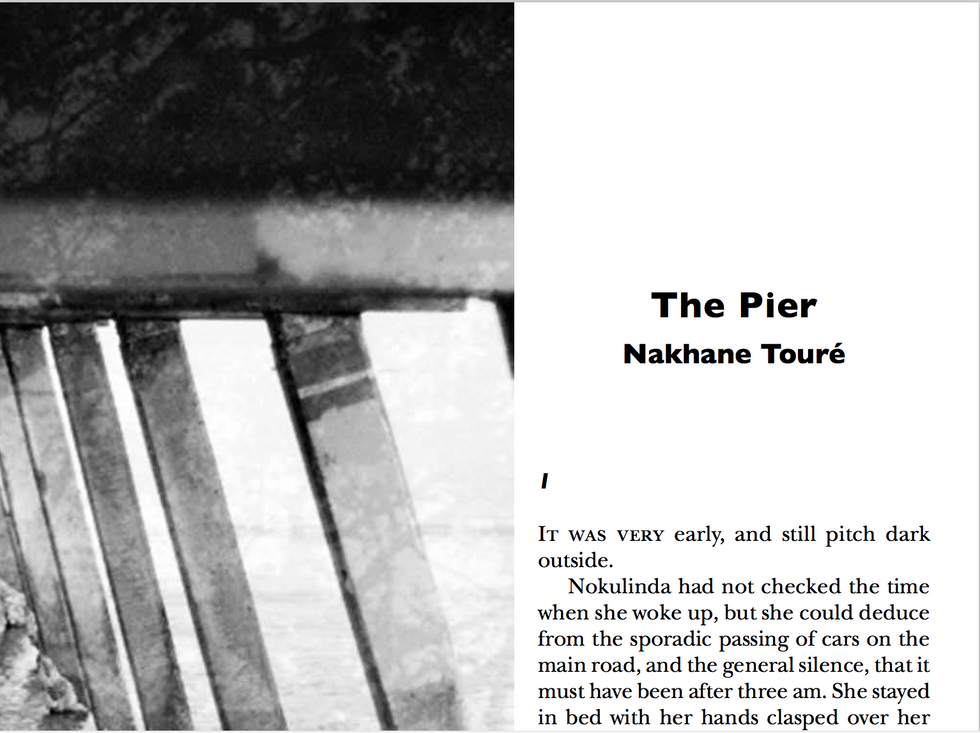 Read "The Pier" by Nakhane.

The story, which is titled "The Pier," is about a woman who loses her son to suicide. We follow her as she comes into terms with losing him, trying reluctantly to replay the scene in her head when she wasn't even there.

Nakhane's streak as an author started publicly when he released the novel Piggy Boy's Blue in 2015. He revealed himself as an adept writer, whose descriptive style takes you exactly to the place and time in which the story takes place.

"The Pier" isn't any different.