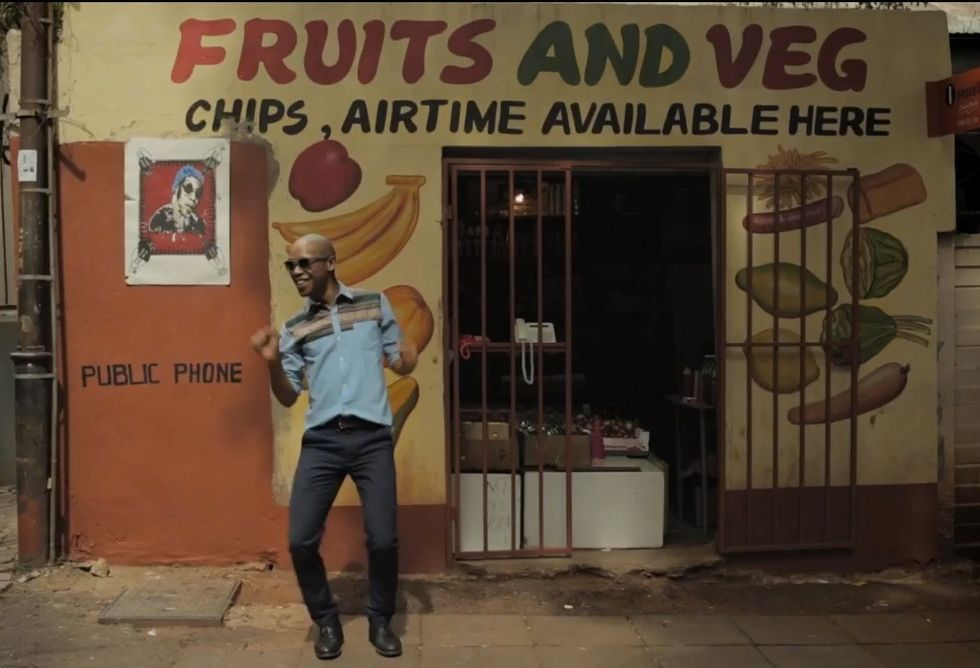 Nakhane Touré takes the screen once more with a video for his toe-tapping love song “Christopher” off the Johannesburg-based crooner’s 2014 SAMA-wining album Brave Confusion. Hitting a sweet falsetto that would leave Prince a bit envious, Touré sings of his virtual relationship with Christopher, whom he had met online. The single, which Touré jokingly calls a “stalker anthem,” is not only an infectious head-bobbing tune, but also played a role in snagging him the affection of the inspiration for the song (the two met up in person after the single was released and have been dating ever since). The Chris Wilson-directed video follows the rock and soul-blending artist as he gets his groove on through the streets of Johannesburg accompanied by an infectious guitar.

Touré's latest video release comes just days after RAMBO (the production moniker of Tshepang Ramoba) dropped a remix of another track off Brave Confusion, "Tabula Rasa," in which the BLK JKS drummer layers his own rhythmic soundscapes over smooth vocals from the original. Check the rework out below.