Nakhane Touré 'In The Dark Room' 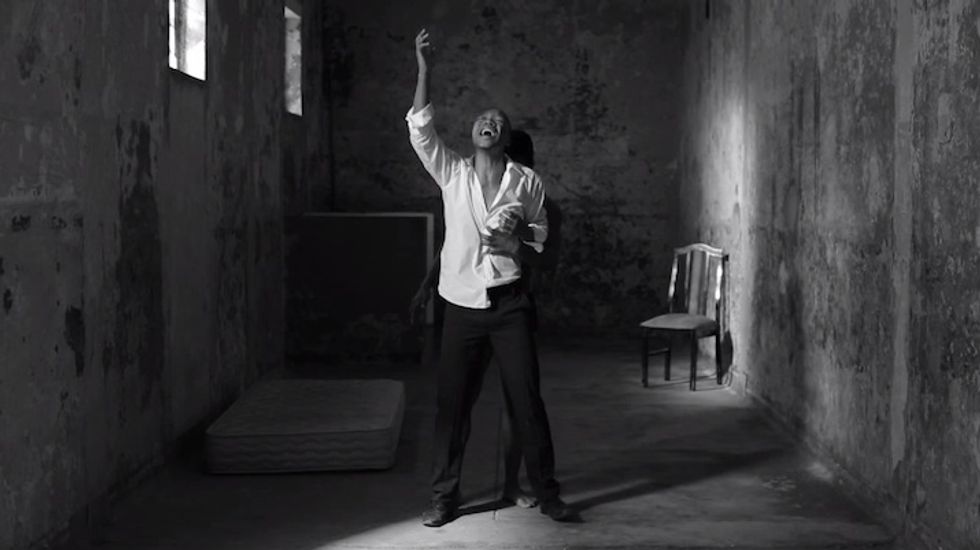 Nakhane Touré teams up with Mark Middlewick once more on the stunning black and white video for 'In The Dark Room.'

Back in November Joburg songwriter Nakhane Touré crashed on our radar with a stunning video debut on "Fog." The (four!) SAMA-nominated crooner has teamed up with director Mark Middlewick once more to deliver the visuals for "In The Dark Room," the latest single off album debut Brave Confusion. The beautifully raw and stripped back video, which was filmed in a prison cell at the infamous Constitution Hill, depicts the intensely passionate/abusive interaction between Touré and a non-descript man. The minimalist monochrome visuals fit seamlessly with distinct vocals and honest storytelling. Watch the video below. Brave Confusion is out now via Just Music.