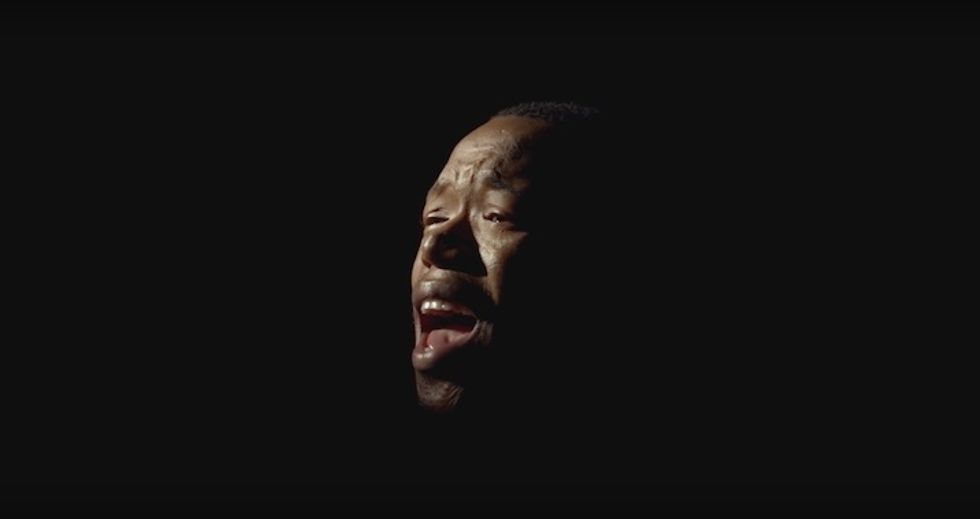 South African singer Nakhane Touré shares the surrealist-inspired music video his for his single 'The Plague,' directed by Mark Middlewick.

Following the success of his massive Black Coffee collaboration “We Dance Again,” Nakhane Touré releases the visuals for his spirited anthem “The Plague.” In the 6-minute video, the South African singer and an unnamed young woman appear to be in a dreamlike state as they belt out the song’s lyrics inside a secluded house. “I will not be derailed,” the two sing as the video follows them around different areas of the home. They remain calm even as the song’s harmonies and strings escalate.

“As much as 'The Plague' is a music video, we approached it like a short film. It's very sparse like our previous work together, and our aim was to play in the grey area between banal domesticity and surrealism,” mentions Mark Middlewick, the video’s director, in an email to Okayafrica. The video was inspired by the work of various surrealist artists, “visually we looked at the work of photographer Gregory Crewdson and the films of David Lynch, while also using the paintings of Caravaggio as a reference.” Check out the bracing song and video for “The Plague.” For more, revisit Touré and Middlewick’s previous video collaboration "In The Dark Room” and their award-nominated video for “Fog.”

**Ed. Note: An earlier version of this article mistakenly said that Nakhane Touré and Mark Middlewick collaborated on the music video for "Christopher."