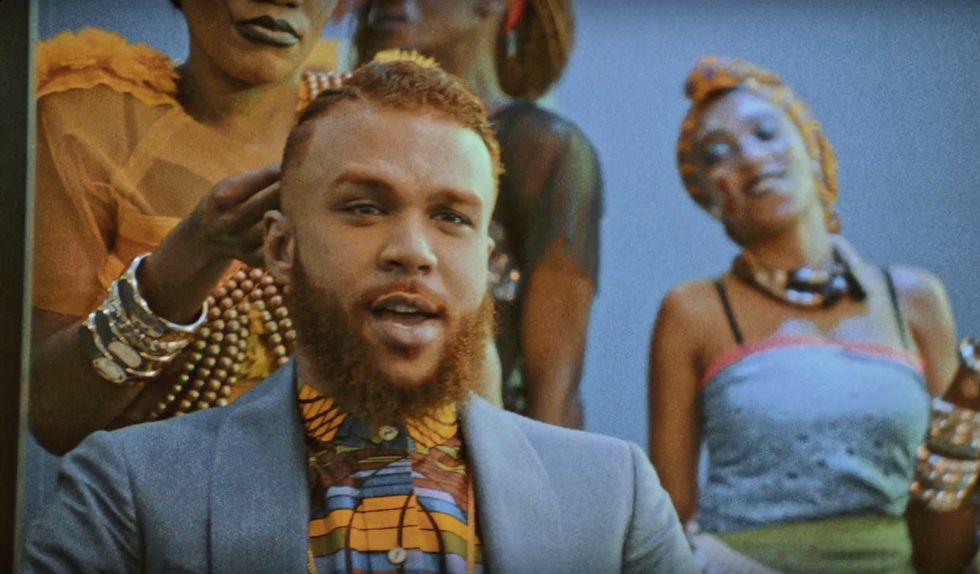 Major Lazer's obsession with music from the continent only seems to be growing. Following a continent-wide tour earlier this year and collaborations with some of the biggest names in afrobeats, the production trio returns with the music video for their afrobeats and dancehall-inspired single, "Particula."

Shot in Johannesburg, the 70s-inspired video sees the artists head to an exceptionally groovy party filled with vibrant gqom, pantsula and Fela-inspired dancers. The retro-tinged visual transports viewers to the funkier days, when disco and bell-bottoms ruled. Director Adriaan Louw, described his vision for the video in a statement via Billboard:

"It was creating an ideal world within Joburg that was based in the 70s. I wanted it to feel like we were shooting a documentary in the of the culture that could have been in a city where disco, funk and Fela Kuti were everywhere. We worked with some great artists who featured on the track—Jidenna flew in all the way from the States and Ice Prince came down from Nigeria. Was also my first time working with fellow South Africans Nasty C and DJ Maphorisa. Thanks to Word. Africa, Elene Du Toit, Allison Swank, Major Lazer and the whole crew for bringing this all to life. "

Watch the fun-filled video below.