A Nasty C and T.I. Collaboration Is In The Works 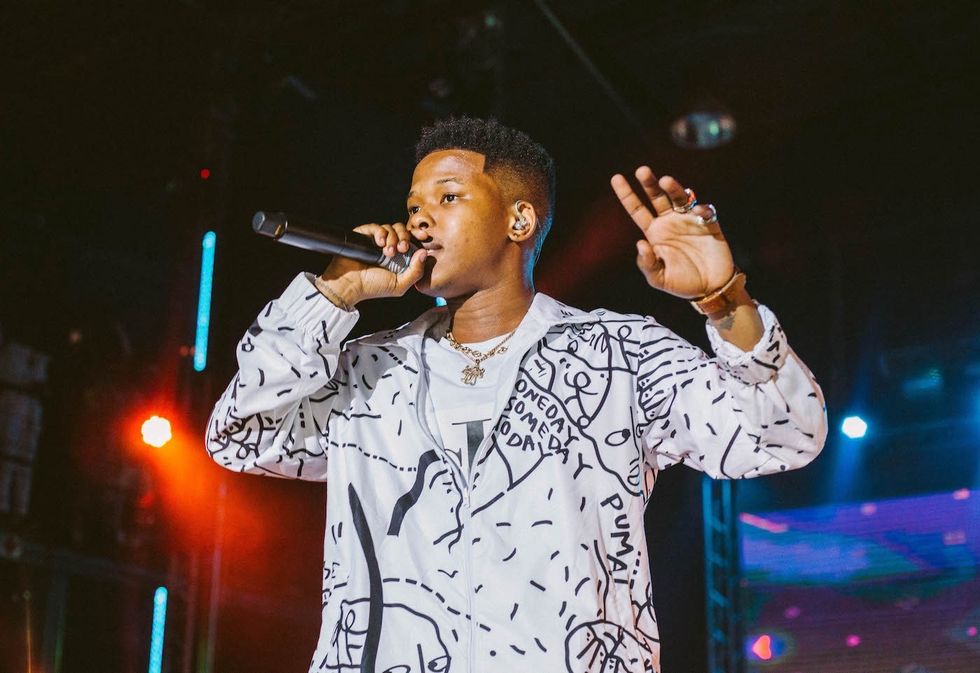 Nasty C is working with his idol T.I..

Last night, while in Portugal, South African rapper Nasty C tweeted that he just received a verse from T.I.

The young rapper posted a short series of emotional tweets expressing how much the collaboration meant to him. If you have been checking out the rapper's interviews, you should know that alongside Lil Wayne, T.I. is one of his biggest inspirations. He usually makes reference to the Southern legend's 2006 album King as the project that had a huge impact on his rapping style.

T.I., while on vacation in Cape Town last year, DM'd Nasty C on Instagram: "Yoooo, I been out in Cape Town, riding to [your] album, shit Fye!!!" punctuated with fire flame emojis. Strings & Bling is indeed fire.

Nasty C tweeted that screenshot, and many a South African hip-hop fan speculated a collaboration was on the way.

Nasty C is currently taking his successful IVYSON Tour to Australia. Peep his website for more information and dates.