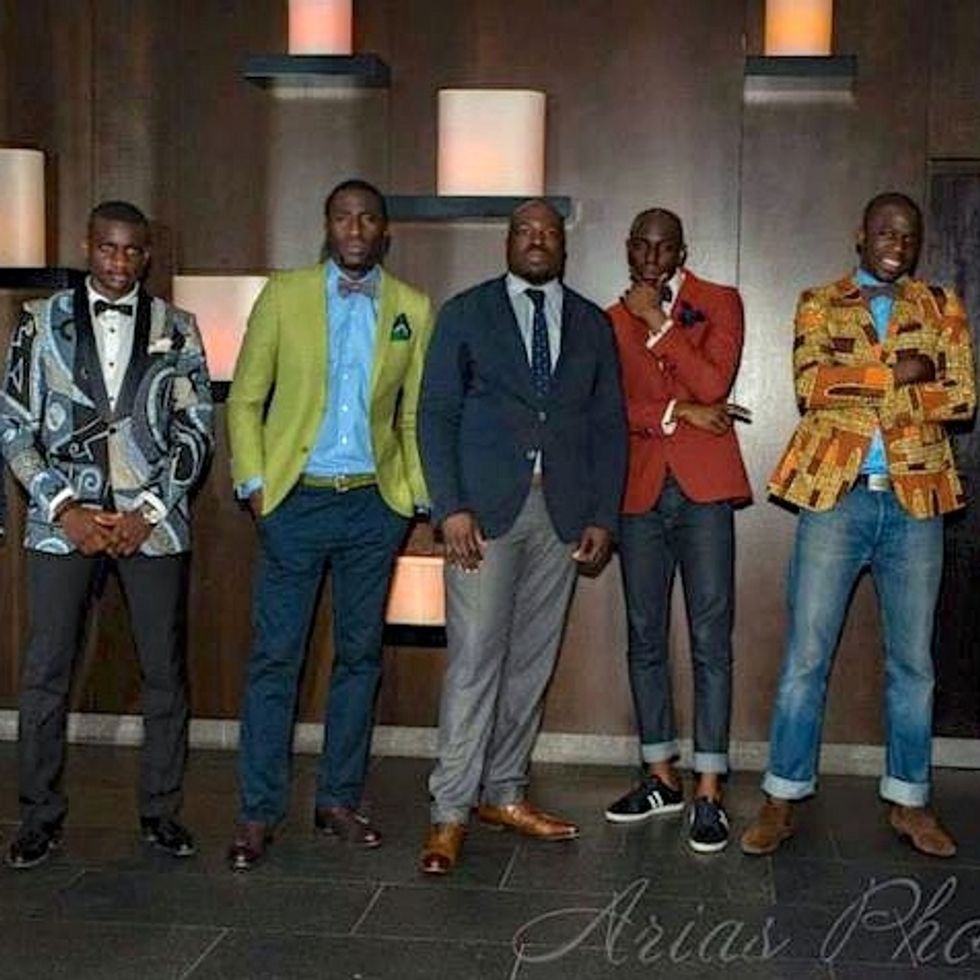 Founded in 2007 by Yvette Taï-Coquillay, Labo Ethnik was created as a way to promote both emerging and established designers from across the globe on the Parisian scene. This year the 8th edition of Labo Ethnik will also welcome interior designers, adding visual arts to the festival’s roster. In the run-up to this year’s installment, starting May 22, we’ll feature some of the designers that’ll be participating in the 2014 edition. Below, we talk with Daniel Tohou, the designer of Parisian label NEFER, a brand that crafts contemporary menswear designs.

Poundo for Okayafrica: Who is Daniel Tohou?

DT: I'm a young French guy from Togo, a craftsman who has worked for Lanvin and Smalto. My mother was a loincloth salesperson and seamstress in Lomé, she gave me my first taste of sewing; my father is from Benin. I was born in Paris and I grew up in a town called Villiers-Le-Bel, located in the Parisian suburbs.

OKA: How did you start designing?

DT: I started creating during my childhood from my art interests, in particular cubism. As a part of the 90s generation there wasn't a lot of resources which led me to be creative. I often had to customize my clothes with my mother to make them unique. I started considering fashion after my experience in the ready-to-wear industry, where I started creating high-end Italian suits and opened a store in Paris. But my hunger for creativity brought me to think deeper into the entire creation process of the jacket  — from top to bottom— which is why I decided to sell my boutique and join a tailor school.

DT: After selling my boutique, I tried to register at Association formation tailleur de Paris, the only men's tailoring school in France. It's the only school that trains you to the traditional tailoring method, following 19th century technics of the great British tailors like Henry Poole or Anderson & Sheppard. I learned the process of measurement, pattern-making, molding, fitting and, of course, building a suit entirely by hand.

OKA: What does this brand represent for you?

DT: NEFER by Daniel TOHOU reflects my roots, my Parisian influence and my artisanal training as a designer. It reflects a mixture of aesthetics and a desire for perfection; NEFER is the straight translation of 'beautiful' or 'perfect' in ancient Egyptian language.

OKA: Where do you seek inspiration? How do you maintain it from collection to collection?

DT: I've been influenced a lot by the great tailors of  Savile Row, a famous London street that houses the best in terms of Anglo-Saxon tailoring like Maurice Sedwell, Anderson & Sheppard and Ozwald Boateng, the only black tailor on Savile Row, who's known for his modern tailoring. I'd like to add Parisian tailor Francesco Smalton and Armani or Paul Smith for their independence. I keep my imagination running with my vast cultural background, but also my urban Parisian life, because fashion is first found on the streets before the runways. No matter the fabric, the cut stay the same because it's part of the NEFER signature. I'm trying to not follow fashion seasons and give myself enough time to create timeless garments. I don't think of the collection in terms of sale but stylistic timelessness.

DT: A close-fit that follows the line of the male body to perfection. Craft and skill is another part of the NEFER signature, all my jackets are made by hand in the Italian factories of Florence. Classic wool jackets doubled with wax fabrics are also an undeniable NEFER signature.

OKA: What do you think of the evolution of 'African fashion'?

DT: 'African fashion' has started to acknowledge its potential and talent. The international emergence of 'African prints' shows a lot about its potential spread. The multiple fashion weeks promoting fashion from Africa clearly reveal a new wave of designers that'll soon become a part of the mainstream.

OKA: If you were starting today, what would you recommend to emerging designers?

DT: First, they should think of their brand identity, what would make them different and follow their creativity without forgetting the marketing and communication aspect.

OKA: Do you think that you're bringing something new?

DT: I hope to bring a more inclusive conception of menswear and fashion from Africa in general. I want to develop a strong identity internationally.

OKA: We witnessed the use of 'Dutch wax prints' or 'African prints' in your previous collections. In the latest photographs, we've seen a significative change. Can you tell us more about it?

DT: I worked a lot in terms of image for this collection. It draws inspiration from the 'Harlem Renaissance,' through the story of a New Yorker trying her luck in 20s/30s Paris.

OKA: What are the menswear trends for Autumn/ Winter 14 for you?

OKA: Do you think African designers and ‘African fashion’ should be more present in ‘regular’ fashion weeks? Is there any discrimination?

DT: Yes, designers from Africa and from the African diaspora should be part of any fashion week in order to present their work internationally. Of course, it is important to promote African culture and educate the consumer, because fashion is global. It would still be African in its DNA but it'd be introduced everywhere. That's what we call 'afropolitanism,' the African culture spread all around the world. There's discrimination but it's up to us to bring our fashion forward, rather than wait for the world to give us importance as designers, models, etc.

OKA: What does it mean for you to be part of  Labo Ethnik’s 8th edition?

DT: It's an amazing opportunity to present my collection to a crowd I want to obtain approval from: Africans and the African diaspora. I want to stay close to my inspiration before targeting an international audience.

OKA: What do you expect from the event?

DT: To get more exposure as a high-fashion menswear brand.

OKA: Describe NEFER by Daniel Tohou in one sentence.