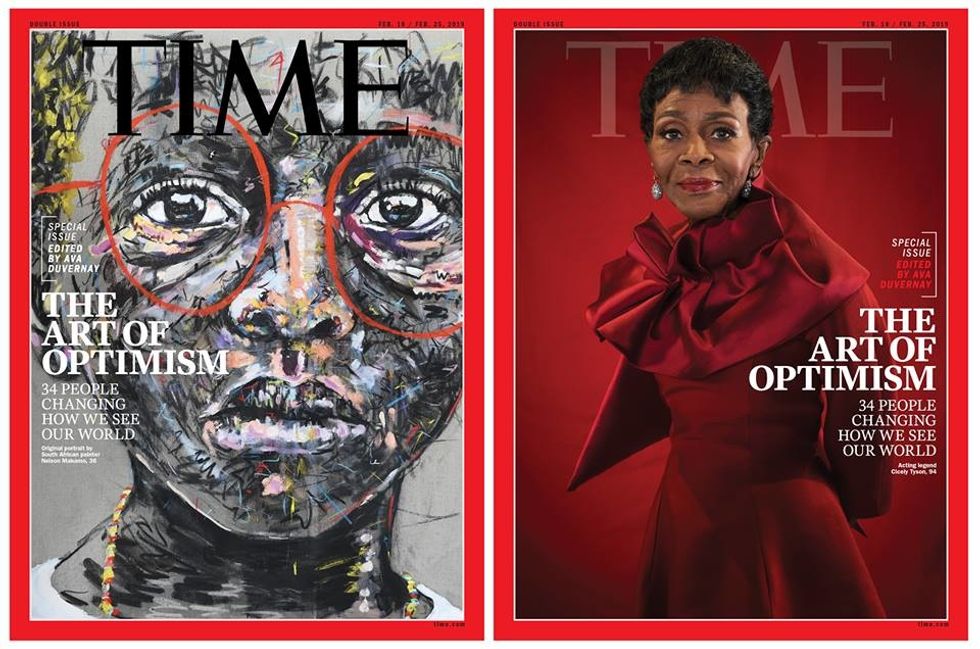 The oil painting of a child is the first one Makamo has ever produced for a magazine cover.

TIME recently shared the cover for their latest issue. One of the issue's two covers features actress Cicely Tyson, and the second one features a painting by South African artist Nelson Makamo.

Makamo, a seasoned and award-winning fine artist, told the magazine this was his first time painting a cover in his career. "It scared me because, even though I've been working for a long time, it felt like a debut," said Makamo, as he felt this painting would introduce his work to a new international audience.

The current issue of TIME is one of many previous ones themed "Optimists," as it sheds the light on 34 people who are changing how we see the world. The issue is guest-edited by filmmaker Ava DuVernay. She has been in touch with Makamo since 2017. Their relationship started when she bought a piece by Makamo at an auction. In December, she visited Makamo's studio and bought another piece from him.

You can read the cover story and the rest of the issue here.