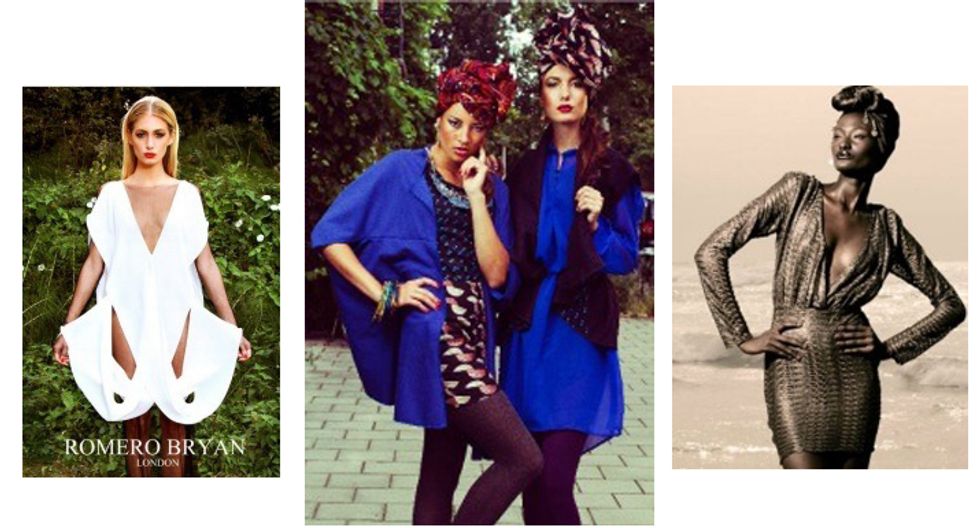 This is about the collaboration between Africa Fashion Day Berlin and Federal Ministry of Economic Cooperation and Development for the exhibition "New Africa Fashion".

Africa Fashion Day Berlin (AFDB) is a new event which took place for the first time in January during theMercedes Benz Fashion Week Berlin. Created by Beatrace Oola, the first edition was an undeniable success:  the Federal Ministry for Economic Cooperation and Development collaborated in participating in an exhibition showcasing AFDB designers' work, which will be on display for two months in Berlin and Bonn. Called "New African Fashion," it'll feature the work of young designers of African descents.

On display are photographs of collections from Romero Bryan (Jamaica), Jennifer Naomi Spieker (Suriname), Adama Amanda Ndiaye (Senegal), Mabothokgong Mathole/Chantel Fourie (South Africa), Josephine Kyomuhendo(Uganda), and Gloria WavaMunno (Uganda). The photographs were taken by well-known fashion photographers such as Stefan Kapfer (Düsseldorf) and were shot in part exclusively for AFDB. According to a press release, "The exhibition aims to promote the work of distinguished designers from Africa in Germany and push the discussion on how to make better use of the economic potential of African fashion for the artists involved and African countries as a whole."