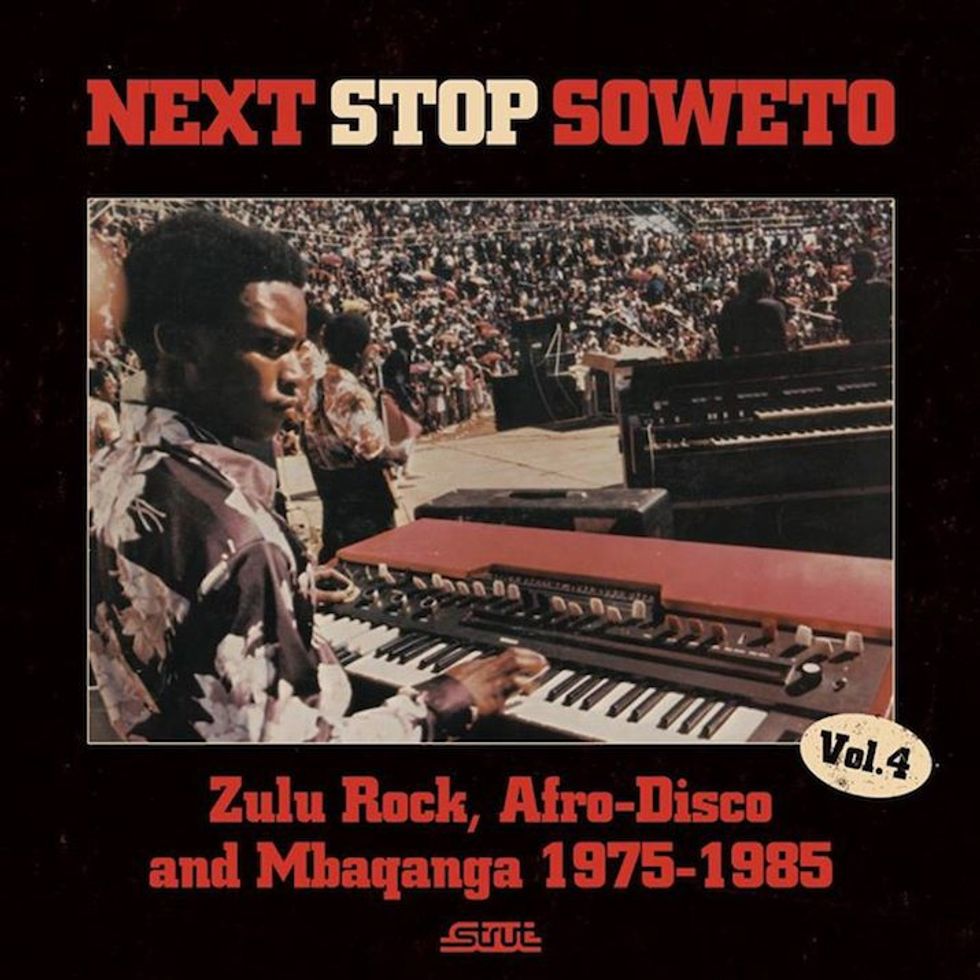 London-based label Strut Records releases the latest edition of their 'Next Stop Soweto' series with Next Stop Soweto 4: Zulu Rock, Afro-Disco, & Mbaqanga 1975-1985. According to Strut, this era of South Africa's musical history saw such genres as funk and soul being played by bands even as apartheid firmly gripped the country's music culture. It was a time in which energetic American bands like War and Yes, along with SA's own malombo type of music, spurred homegrown groups like Kabana and Harari to incorporate soul and rock into their sound along with Zulu lyrics.

Even though South African music was burgeoning in these years, there were parallel difficulties. Bands would still perform, for instance, but curfews, along with their songs receiving little airplay, made it very hard for these groups to survive professionally. By the 1990s, though, the music of this period paved the way for SA acts like Ladysmith Black Mambazo gaining international popularity. Featuring standouts "Kokro-Ko (Hide and Seek)" by The Actions and "The Things We Do in Soweto" by Almon Memela, this new compilation is a testimony to the triumphant spirit of the many SA artists from the 1970s and '80s. Next Stop Soweto 4: Zulu Rock, Afro-Disco, & Mbaqanga 1975-1985 will be available March 23 via Strut Records on digital platforms such as iTunes and in CD and LP versions that will have notes by writer Francis Gooding and rare photographs. Stream Kabana's "Unga Pfula A Chi Pfalo" below and hear the entire album over at Consequence of Sound.