Listen to Some Rare Highlife, Afro-Funk & Juju Songs In 'Nigeria 70' 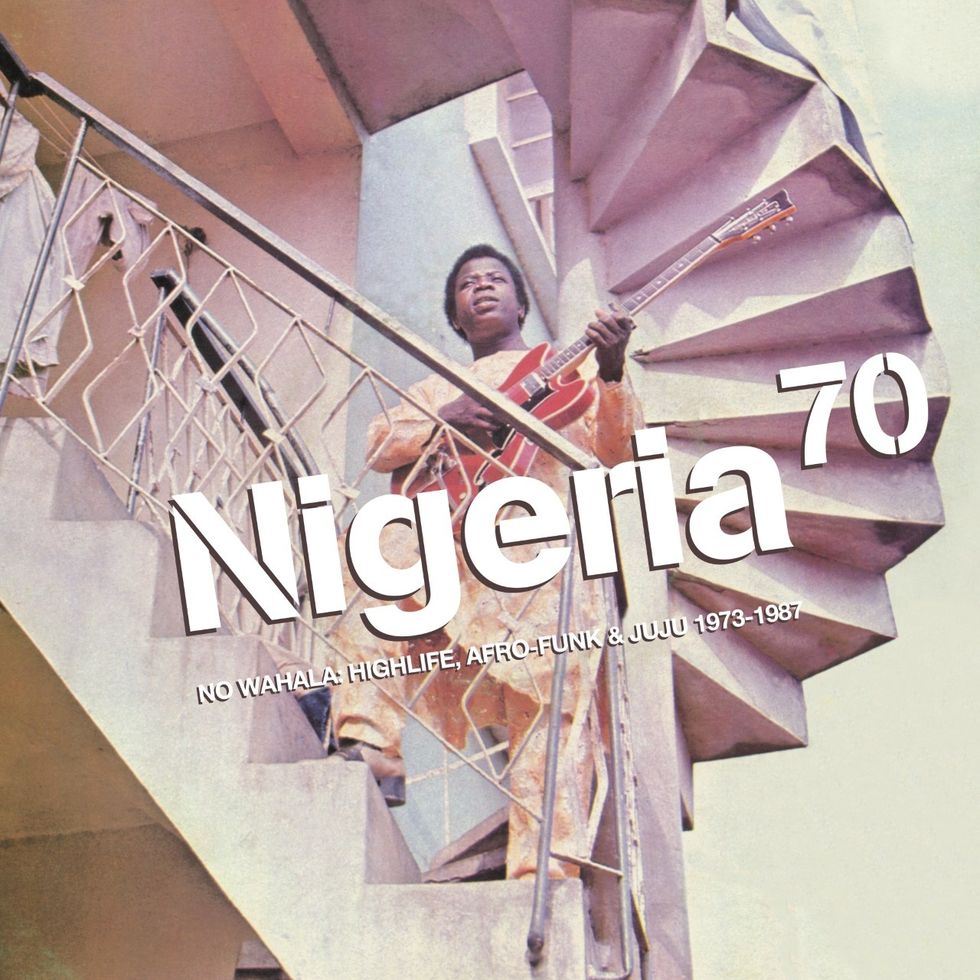 A new compilation of vintage gems from Strut Records.

Strut Records is readying the release of their new compilation, Nigeria 70: No Wahala: Highlife, Afro-Funk & Juju 1973-1987.

The fourth installment in their Nigeria 70 series, which started back in 2001, focuses on a time in Nigerian music when styles like juju and highlife became more influenced by Western jazz, soul and funk. And we're premiering it here today.

Duncan Brooker, the compilation's longtime curator, particularly wanted to feature some Ukwuani acts from the Niger Delta for this 12-song compilation—a solid collection of vintage gems that will have you hooked for days.

"With the fourth and latest Nigeria 70 installment, the aim was to uncover more rare archive gems and regional styles not yet featured in the series," Duncan Brooker writes to OkayAfrica. "We have placed the spotlight on some great late '70s highlife with the sweet vocal style of unheralded session man Idowu Odeyemi and Prince Nico Mbarga's timely message about world problems, 'Sickness.' There are two killer Ukwuani dance floor tracks from the Western Niger Delta region from International Brothers and Rogana Ottah and we go back to the core of the series with some classic funk and afrobeat from Don Bruce & The Angels, Saxon Lee & Shadows International (featuring vocals from Pax Nicholas) and Felixson Ngasia."

"Familiar names include "Guitar Boy" Sir Victor Uwaifo with a funky ekassa and Etubom Rex Williams with a heavy psychedelic funk jam. There have been many Nigerian compilations released since the original Nigeria 70 album back in 2001 but hopefully this volume explores more uncharted territory with every track previously unreleased outside of Nigeria," Brooker adds.

Listen to our premiere of NIgeria 70: No Wahala below. The compilation is out tomorrow, March 29, on Strut Records.