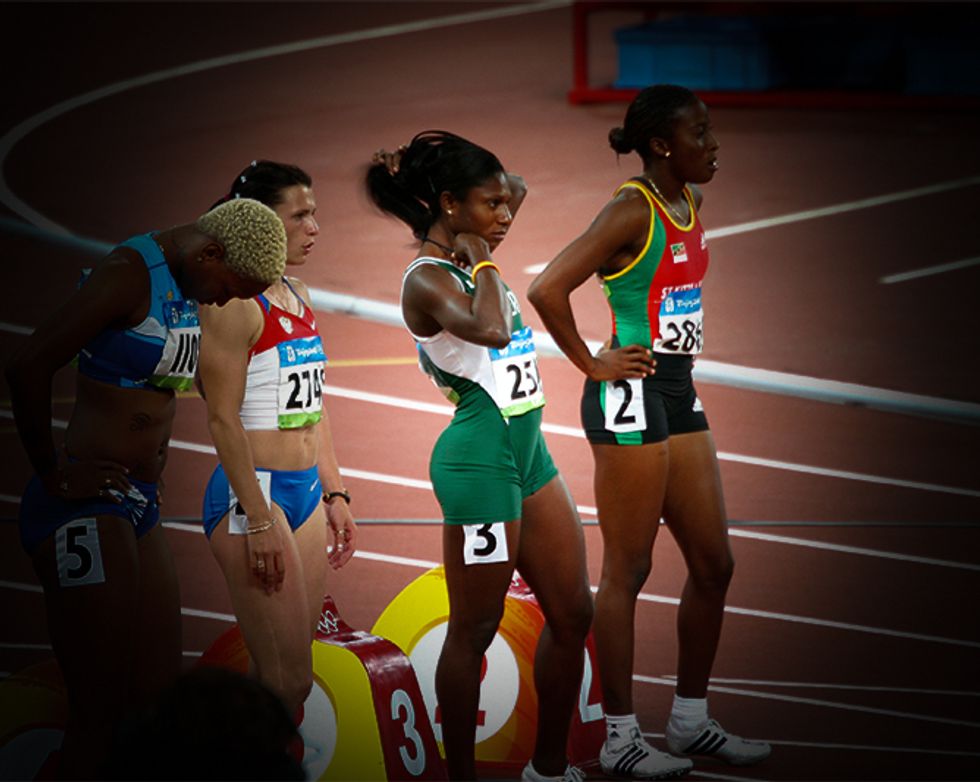 Following the disqualification of the 2008 Russian team for Yulia Chermoshanskaya's doping, Nigeria's women get the silver medal.

The Nigerian women’s athletic squad was just awarded the Olympic silver medal for the 4x100 relay.

But hold on, it’s not what you think.

This medal is being awarded for the team's performance at the 2008 games in Beijing, for which they were originally awarded the bronze. Watch it here.

The reason for this bewildering event is that Russian sprinter Yulia Chermoshanskaya has only now tested positive for doping during that event and has been retroactively disqualified. Under rules of the International Association of Athletics Federations, the sport’s governing body, one person caught using performance enhancing drugs on a relay team means disqualification for the entire team.

With Russia out, the second place finishers in 2008, the Belgians, will be receiving the gold, the Nigerians the silver and Brazil the bronze. So, congratulations are in order for the 2008 team: Franca Idoko, Gloria Kemasuode, Halimat Ismaila,Oludamola Osayomi.

But in a sign of just how pervasive doping is in athletics, both Kemasuode and Osayomi have since 2008 been caught up in their own separate doping scandals with Kemasuode having been banned from competition from 2009 to 2011 and Osayomi having her medal stripped from her during the 2010 Commonwealth Games for tests suggesting she was using the stimulant methylhexanamine.