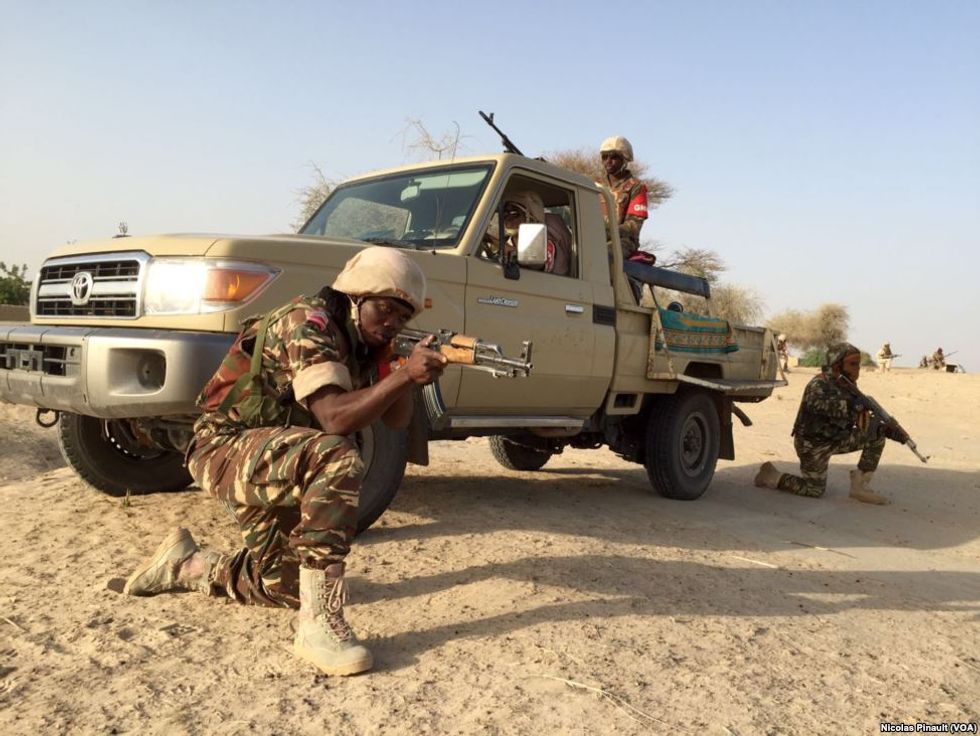 The terrorist leader of a Boko Haram splinter group, Khalid al-Barnawi, is probably still free despite reports from the Nigerian army.

Boko Haram isn’t the only militant group wreaking havoc in Nigeria. Ansaru, a splinter group that specifically targets Westerners, reportedly lost their leader, Khalid al-Barnawi, to the hands of Nigeria’s army in Lokoja, the capital city of Kogi state.

“Security agents made a breakthrough on Friday in the fight against terrorism by arresting Khalid al-Barnawi, the leader of Ansaru terrorist group in Lokoja,” Brigadier General Rabe Abubakar told the AFP. “He is among those on the top of the list of our wanted terrorists.”

But as of this morning, security expert Fulan Nasrullah, who spoke to Reuters, speculates that al-Barnawi is still free.

“Khalid’s people and I have spoken and they have said that he is free and was not captured, whether in Lokoja or anywhere else,” Nasrullah said. “They have killed seven different people at seven different times thinking they were Khalid al-Barnawi. They have no photos of him, nor do they know any concrete information about him.”

As we wait for the arrest of al-Barnawi to be confirmed independently and for video or photo to be released, it’s important to point out that this signifies how weak these terrorist groups have become.

Reuters also notes how they’ve been pushed out of the areas they once controlled in Nigeria’s northeast region. In 2012, the United States listed al-Barnawi and two other Nigerian militants as “specially designated global terrorists” and Britain followed suit in the same year, after Ansaru claimed responsibility for the kidnapping of a French engineer.