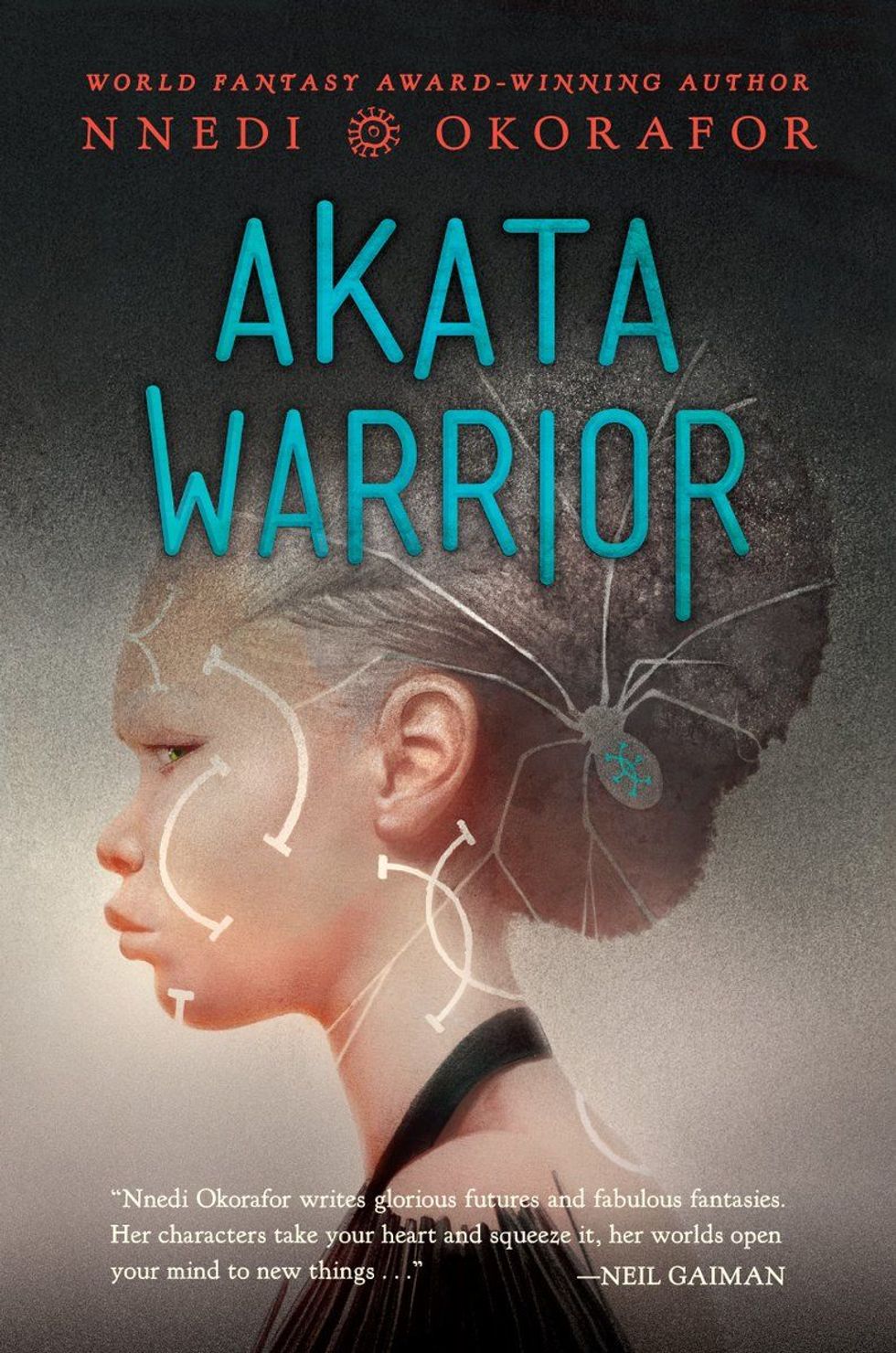 Nnedi Okorafor's talented use of the pen is the gift that keeps on giving.

The Nigerian-American sci-fi author's latest installment in the Akata series, Akata Warrior, just released today. Her 12th novel that was 6 years in the making combines real images of Nigeria with her original, fantasy world she creates. According to her website, "Akata Warrior is a compelling tale that mixes culture, fantasy, history and magic into a unique blend that will keep readers spellbound."

Read the summary below:

A year ago, Sunny Nwazue, a 12-year-old American born girl raised mostly in Nigeria, was inducted into the secret Leopard Society, began developing her magical powers, and, as if this weren't enough, was chosen to lead a dangerous mission to avert an apocalypse brought about by the terrifying masquerade, Ekwensu.Now, stronger, feistier and a bit older, Sunny is studying with her mentor Sugar Cream and unlocking the secrets of the living script in her strange Nsibidi book. Then a monster tries to drag her into a lake and this is only the beginning of her troubles. Eventually, Sunny must confront her destiny and with the support of her Leopard Society member friends, Orlu, Chichi, and Sasha, and of her spirit face Anyanwu, journey to the mysteries town of Osisi to fight a climactic battle to save humanity.

Okorafor also announced that as she wrote Akata Warrior, she compiled notes for a third book that will be included in the series.

I've known this since before I finished Akata Warrior. I was writing notes for it AS I wrote Akata Warrior. 🤓
— Nnedi Okorafor, PhD (@Nnedi) October 2, 2017

My 12th book is out today. TWELFTH! Akata Warrior, the sequel to Akata Witch, took me 6 yrs to write. So proud of this book. #AkataWarriorpic.twitter.com/74FKQXhQqX
— Nnedi Okorafor, PhD (@Nnedi) October 3, 2017

Akata Warrior Amazon is available on and other major book retailers.