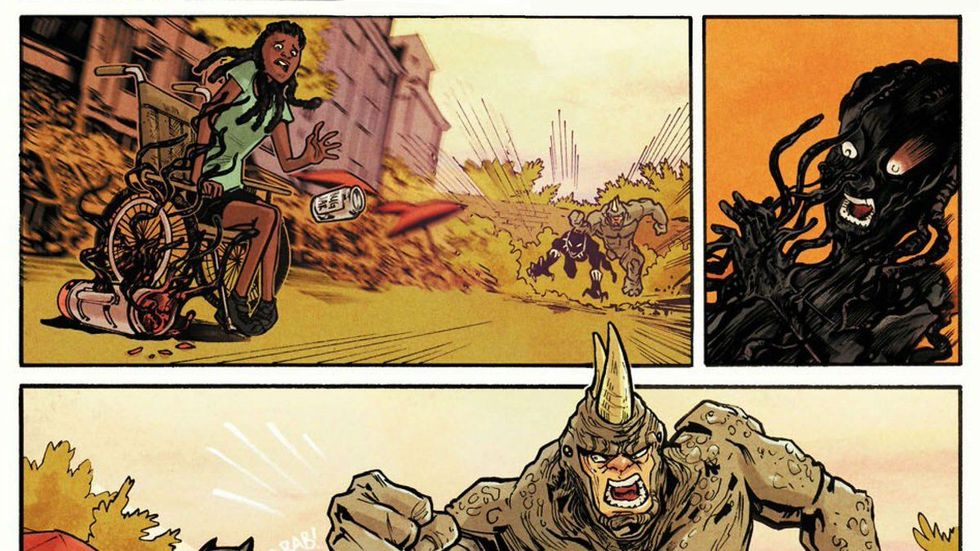 Last month it was announced that award-winning Nigerian sci-fi author, Nnedi Okorafor would pen a Lagos-based comic for Marvel, inspired by the over 200 Chibok girls abducted by Boko Haram in 2014.

The comic, entitled "Blessing in Disguise" introduces Marvel's first Nigerian superhero, Ngozi to the Venomverse. She's a recurring character in the series, along with the series more seasoned favorites like Black Panther, Venom, Deadpool and more, reports Reuters.

The short story is the first Marvel comic to be set in a real African city. As we pointed out earlier today, Wakanda, where Black Panther is set, is not a real place.

Okorafor hopes that the character will resonate with readers, and inspire a spirit of tenacity in young girls.

"It was an important decision for me to base Ngozi on the one of the Chibok girls," Okorafor tells the Thomson Reuters Foundation.

"They were normal girls who suddenly had to deal with a huge change in their lives...and their story of perseverance is so powerful," Okorafor adds. "Like many Nigerian girls, Ngozi comes in a small package but is strong-willed and determined."

Okorafor wrote the title in response to the lack of nuanced representation she found in the superhero world.

"I'm a huge Wonder Woman fan, but we can really push it further when it comes to diversity," she continues.

"I'm not just talking about race and sexual orientation, but about having a range of personalities with different desires, dreams and flaws. I don't only want to see badass female characters, I want to see much less predictable ones."

The latest Venomverse installment  is available now. Get a preview of "Blessing In Disguise" via Okorafor's Twitter, below.

A preview page of my 8 -page short, "Blessing in Disguise". pic.twitter.com/CN49zqRKyq